The safety and effectiveness of a potential vaccine for the human immunodeficiency virus (HIV) has been enhanced by engineering an on/off switch into a weakened form of HIV.

The virus has been responsible for approximately 35 million deaths during the past 35 years.
"Genetic Switch Controls HIV Replication Enabling Potential Vaccine Generation


The recent study by University of Nebraska-Lincoln researchers, demonstrated that flipping the switch allows weakened HIV to replicate at a level likely to generate immunity in a host. This replication can be switched off at will. This could help make the vaccine candidate among the safest yet reported.


‘The replication-controllable attenuated HIV virus represents an important step toward the generation of a safe and efficacious live-attenuated HIV vaccine.’


"Safety is always our biggest concern," said Wei Niu, associate professor of chemical and biomolecular engineering. "In this case, (it means) we're one step closer to generating a vaccine.

It is advisable to expose the body to weakened viruses, rather than deactivated ones, because they confer stronger and longer-lasting immunity. But weakened viruses still pose a risk of becoming full-blown pathogens as they retain the ability to replicate.

In 2014, the research team genetically engineered a version of HIV that needs a synthetic amino acid, which is not found in the body, to replicate.

For doing that a three-nucleotide sequence, or sense codon, in HIV's genetic code was replaced. Viral replication is enabled after each codon instructs the aptly named transfer-RNA to add its corresponding amino acid to a chain that becomes a protein.

Then one of the sense codons was swapped for a "nonsense" edition that instead signals a stop in the amino-acid assembly line, which halts production of the proteins essential for replication.

The researchers then engineered a unique tRNA and accompanying enzyme that together could interpret a nonsense codon as a sense codon. When the team supplied this tRNA pair with a synthetic amino acid, the assembly line began churning out proteins, and the virus began replicating.

The replication was stopped when the supply of amino acids stopped.

This technique helped to control the HIV's replication. But this triggered only one cycle of infection which was not enough to yield immunity.

The genetic switch was then embedded inside the HIV genome, so that each copy of the virus contains the switch and has the capacity to replicate.

By delivering a consistent supply of amino acids, the team showed that it can kick-start the multiple cycles of replication necessary for an effective vaccine.

"The machinery can be carried to the next cycle and the next cycle," said Zhe Yuan, doctoral student in biological sciences. "It's much easier to control feeding or (restriction) of the unnatural amino acid."

Qingsheng Li, professor of biological sciences, said the team's combination of nonsense codon, genetic switch and synthetic amino acid represents an especially stringent set of safeguards against unchecked replication. That quality could expand its use against an array of viruses far removed from HIV.

Adding more nonsense codons would further reduce the likelihood of a dangerous mutation, and the team plans to explore this possibility in the near future.

"That's the big milestone," said Li, professor of biological sciences and member of the Nebraska Center for Virology. "If that works well, we need to go to the pre-clinical animal model before going to a clinical trial. That's our goal and road map."

The researchers' study appeared in the journal ACS Synthetic Biology. 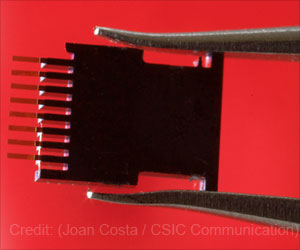