Cord blood infusion from a healthy donor can decrease the severity of the illness in many nonmalignant disorders (NMDs), including primary immunodeficiency diseases, hemoglobinopathies, bone marrow failure syndromes, and inborn errors of metabolism (IEM). The therapy helps by replacing defective red blood cells, or leukocytes, or by releasing missing enzymes in the case of metabolic disorders.
Genetic Disorders can be Treated Using Umbilical Cord Blood


Researchers at the UPMC Children's Hospital of Pittsburgh found that infusing umbilical cord blood safely and effectively treated children born with various non-cancerous genetic disorders. This is the largest trial of its kind to date and the results are published in Blood Advances.


‘The umbilical cord infusion therapy helps to cure or ameliorate the pathology of many non-malignant genetic disorders by replacing defective red blood cells, or leukocytes, or by releasing missing enzymes in the case of metabolic disorders.’
Read More..


The individual therapies for rare genetic disorders are either expensive, not accessible to all or, still under research. So, the idea was to develop a universal treatment, that would be beneficial to all.

Senior author Paul Szabolcs states that "There has been a lot of emphases placed on cool new technologies that might address these diseases, but -- even if they prove effective -- those aren't available to most centers. The regimen we developed is more robust, readily applicable, and will remain significantly less expensive."

The study participants included 44 children with various non-malignant genetic disorders. The children received two infusions of banked cord blood via intravenous injections. The banked cord blood was donated from the umbilical cords and placentas of healthy babies just after birth and frozen.

The participants received a low dose of chemotherapy and immunosuppressant drugs to prevent the rejection of donor stem cells and make room for bone marrow for donor stem cells to take root. They were weaned off from the drugs, once the cells integrated into the patients' bodies.

A second infusion was given a few weeks after the initial infusion. The procedure does not require compatibility in the immune profiles of the donor and recipient.

"That's huge for ethnic minorities," Szabolcs said. "The probability of a perfect match is very low, but with a cord blood graft, we have a chance to overcome this discrepancy over the course of a couple months and then taper immunosuppressants away."

The rate of post-infusion infections and complications was low. The mortality rate from viral infections due to immune suppression was only 5%. None of the participants experienced severe chronic graft-versus-host disease.

This is the first study to use stem cells to treat metabolic, immune, or blood disorders and to show a higher level of efficacy and safety. It also has broad applicability covering at least 20 diseases.

"There has been a stagnation of outcomes in this field, just changing one chemotherapy agent for another, not a true evolution," Szabolcs said. "We designed an approach now proven to be efficacious for at least 20 diseases. And we believe it might be effective for many, many more."

The therapy using cord blood cells has shown success in treating additional diseases, including in adults. 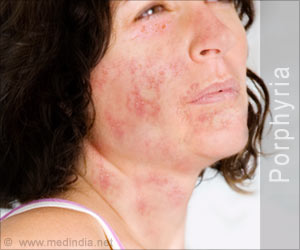