First Study To Point Out Brain Volume Changes After Pregnancy

Written by Julia Samuel
Medically Reviewed by The Medindia Medical Review Team on December 19, 2016 at 10:02 PM 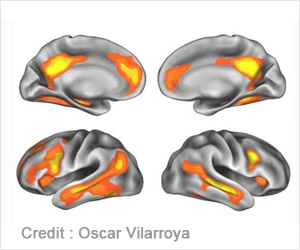 
Using magnetic resonance imaging, scientists have been able to show that the brains of women who have undergone a first pregnancy present significant reductions in grey matter in regions associated with social cognition.

Pregnancy has an effect on radical hormone surges and biological adaptations though its effect in the brain is unknown.

Antidepressants Use during Pregnancy
Depression is common during pregnancy and antidepressants are usually prescribed to overcome it. Is it safe to take these drugs while pregnant?
Advertisement
‘The grey areas correspond to a great extent with a network associated with processes involved in social cognition and self-focused processing.’

In this study a team of researchers compared the structure of the brain of women before and after their first pregnancy. This is the first research to show that pregnancy involves long-lasting changes - at least for two years post-partum - in the morphology of a woman's brain.


The researchers believe that such changes correspond to an adaptive process of functional specialization towards motherhood. "These changes may reflect, at least in part, a mechanism of synaptic pruning, which also takes place in adolescence, where weak synapses are eliminated giving way to more efficient and specialized neural networks", says Elseline Hoekzema, co-lead author of the article.

Pregnancy Ultrasound Using 3D and 4D Scans
Do you want to see your baby in your womb - watch it on 3D or 4D Ultrasound monitor. 3D and 4D Ultrasound is used to detect fetal abnormalities & growth.
Advertisement
According to Erika Barba, the other co-lead author, "these changes concern brain areas associated with functions necessary to manage the challenges of motherhood".

In fact, researchers found that the areas with grey matter reductions overlapped with brain regions activated during a functional neuro-imaging session in which the mothers of the study watched images of their own babies.

In order to conduct the study, researchers compared magnetic resonance images of 25 first-time mothers before and after their pregnancy, of 19 male partners, and of a control group formed by 20 women who were not and had never been pregnant and 17 male partners. They gathered information about the participants during five years and four months.

The results of the research directed by Òscar Vilarroya and Susanna Carmona demonstrated a symmetrical reduction in the volume of grey matter in the medial frontal and posterior cortex line, as well as in specific sections of, mainly, prefrontal and temporal cortex in pregnant women.

"These areas correspond to a great extent with a network associated with processes involved in social cognition and self-focused processing", indicates Susanna Carmona.

The analyses of the study determine with great reliability whether any woman from the study had been pregnant depending on the changes in the brain structure. They were even able to predict the mother's attachment to her baby in the postpartum period based on these brain changes.

The study took into account variations in both women who had undergone fertility treatments and women who had become pregnant naturally, and the reductions in grey matter were practically identical in both groups.

Researchers did not observe any changes in memory or other cognitive functions during the pregnancies and therefore believe that the loss of grey matter does not imply any cognitive deficits, but rather: "The findings point to an adaptive process related to the benefits of better detecting the needs of the child, such as identifying the newborn's emotional state. Moreover, they provide primary clues regarding the neural basis of motherhood, perinatal mental health and brain plasticity in general", says Oscar Vilarroya.

Top 10 Benefits of Exercise During Pregnancy
Pregnancy is a period marked with anxieties, worries and unanswered questions. Exercising during pregnancy is not only healthy, it can also be fun and rewarding.

Pregnancy - Exercises and Massages
Pregnancy is a significant period in a woman's life, marking her momentous journey into motherhood. During the dynamic 9 months of her pregnancy, immense changes take place in her mind and body, as the fetus takes shape into a full-grown baby.

Trimester of pregnancy
News Archive
News Resource
Advertisement
News Category
Milestone In Voluntary Blood Donation Achieved Samsung Reinvents Toilet for the Poor Which is a Better Form of Exercise: Daily or Weekly? First Phase of Foot-and-Mouth Disease Vaccination Shocking News: Polio Cases Return After a Decade in the US
More News
Sign up for Wellness Consult a Doctor Sign up for Selfcare

Daily Calorie Requirements Accident and Trauma Care Noscaphene (Noscapine) Sinopril (2mg) (Lacidipine) Indian Medical Journals Blood Pressure Calculator Color Blindness Calculator Drug Side Effects Calculator Find a Doctor A-Z Drug Brands in India
This site uses cookies to deliver our services. By using our site, you acknowledge that you have read and understand our Cookie Policy, Privacy Policy, and our Terms of Use