Excessive Smartphone Use is Causing Young People to Grow Horns

Young people are developing horn-like spikes at the back of their skulls, i.e., bone spurs caused due to the forward tilt of the head. This shifts weight from the spine to the muscles at the back of your head, causing the bone connecting tendons and ligaments to grow.

A research team conducted the study at the University of the Sunshine Coast, Australia.
Excessive Smartphone Use is Causing Young People to Grow Horns

David Shahar and Mark Sayers, the authors of the study have found that about 41 percent of young adults were found to have the growths and men were more likely to develop them than women.


‘Young people are growing horns or horn-like bone on their skulls due to excessive usage of mobile phones. About 41 percent of young adults were found to have the growths and men are more likely to develop them than women.’

When a person sits or stands, the head is in a balanced position. However, when a person tilts his/her head forward, the weight from the spine is shifted to the muscles at the back of the skull and neck. The research team believes that this is causing the tiny horn-like spikes called external occipital protuberance (EOPs) to grow in response to the strain.

In previous studies, scientists thought that the growths developed only in older individuals. However, in this study, Shahar and Sayers found that bone spurs are seen even in young people. The primary reason they say is due to the excessive use of technological devices has caused changes in the bone growth.

About 1,200 participants aged 18 to 86 years were recruited for the study. The research team found that the growths were present in 33 percent of them and for each 10-year increase in age, there has been a drop in their growth rate.

The growths have been observed previously as well. However, Shahar and Sayers are the first to suggest, "They may be linked to sustained aberrant postures associated with the emergence and extensive use of hand-held contemporary technologies, such as smartphones and tablets."

Although, some people have criticized the research, Shahar and Sayers are keen to raise awareness of this problem. Also, there is a significant amount of interest surrounding this issue.

"We're really pleased that our paper has raised so much interest. As a result, we encourage researchers to do their own data collection and analysis," concludes Sayers. 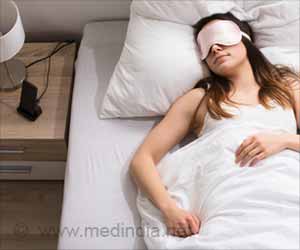 Just 1 Week Away from Phones, Laptops Can Ward Off Sleep Problems in Teens
Too much screen time is bad for teens. However, staying away from mobile phones, laptops, and tablets for just one week can help them sleep well and reduce symptoms of fatigue, lack of concentration and bad mood, reveals a new study.
READ MORE 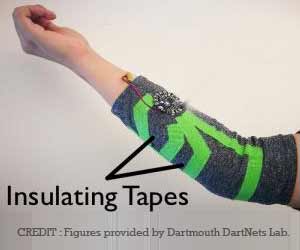