High concentrations of the stress hormone, Cortisol, in the body affect important DNA processes and increase the risk of long-term psychological consequences.

A research team from the Sahlgrenska Academy studied patients with Cushing's Syndrome and identified the relationship. These findings pave way for new treatment strategies for other stress-related psychological conditions such as anxiety, depression and post-traumatic stress.
Excess Stress Hormone Levels Tied to Deteriorating Mental Health

"If these results can be verified and repeated in other studies, they would have significance for future possibilities for treating stress-induced psychological consequences," says Camilla Glad, postdoctoral researcher at the Department of Internal Medicine and Clinical Nutrition.


‘The role of increased cortisol on DNA methylation and mental health, opens the door for new treatment strategies for other stress-related conditions such as anxiety, depression and post-traumatic stress.’


In Cushing's Syndrome there is a substantial overproduction of Cortisol, resulting from a benign tumor of the pituitary or adrenal gland.

The condition is characterized by abdominal obesity, fat deposits in the face and neck, high blood pressure and diabetes.

The affected individuals are at a higher risk of suffering from chronic fatigue syndrome, anxiety, depression and cognitive impairment.

"Even if the physical symptoms improve after an operation on the tumor, our previous studies show that the psychiatric problems largely often persist. Some patients will never return to working life and may not even venture out into society for everyday activities. They quite simply constitute a patient group with major problems for whom we are extremely eager to find new ways to help," says Camilla Glad.

Extreme stress with higher levels of Cortisol can affect the DNA methylation in individual genes, resulting in changes in the expression and characteristics of genes.

In this study that involved 48 women with Cushing's Syndrome, the DNA methylation in the entire human genome for the patient group has been studied for the first time,.

The results showed that they had a significantly lower level of DNA methylation compared to the control group that comprised of healthy individuals.

The results also showed a relationship between specific DNA methylation changes and persistent psychiatric problems the patients often suffered from.

These findings were made in genes linked to Cortisol sensitivity and development and plasticity of the brain.

"If there is a programmed sensitivity for Cortisol where the response is depressions and anxiety at very low levels then this is not good for the future. We are talking about changes in DNA that have the potential to persist for the remainder of the patient's life, and which can also be hereditary." says Camilla Glad.

"If we can show that DNA methylation leads to affected levels of certain proteins, this will open the door to new treatment possibilities. With the knowledge we have today, I do not think we will be able to affect DNA methylation itself, but might, however, in the long-term, be able to counteract its effects," she says.

The findings are published in Scientific Reports. 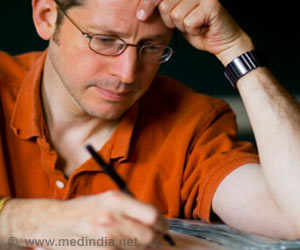 The Connection Between Teacher Burnout and Students' Cortisol Levels
Higher cortisol levels in elementary school children have been linked to learning difficulties as well as mental health problems.
READ MORE

Cortisol Functions Differently When Exposed to Stressful Situations
When people are under a lot of stress, the cortisol flattens out. For some people it goes down and others it goes up and stays up.
READ MORE