A flattened or misshapen head due to sleep position or problems with the neck muscle is noted during the first few months after birth.

The condition, called deformational plagiocephaly can be treated using molding orthosis. A customized helmet is used to modify the growth and enables the correction of existing deficits.
Early Helmet Therapy Shows Better Results For Infants With Skull Flattening


‘Two important factors predict the success of helmet therapy to improve position-related skull flattening is, the start of treatment and positional plagiocephaly.’


Effect of Age On The Treatment

"The present study shows that age at the start of treatment and positional plagiocephaly severity affect the duration and effectiveness of helmet therapy," according to the report by Felix Kunz, DMD, of University Hospital Wurzburg, Germany, and colleagues.

Th treatment was effective in all the groups by there were two factors which stood out to be the reasons for the effectiveness. The earlier the treatment, the better results were obtained. Helmet therapy was rated successful in 83 percent of infants with mild-to-moderate plagiocephaly who were less than 24 weeks of age.

Younger age at treatment also led to a higher success rate for infants with moderate-to-severe plagiocephaly: 50 percent, 30 percent and seven percent, respectively. For infants with early treatment, the duration was 19 weeks while for those with later treatment it was 25 weeks.

The new study did not only use the 3D imaging technique stereophotogrammetry in infants for the first time, it also used real 3D volumetric parameters for analyzing skull asymmetries to investigate the effect of age at start of helmet therapy. Stereophotogrammetry is a precise method for diagnosis and evaluation of skull shape.

Helmet therapy should be started early in infants with mild plagiocephaly especially in those who don't respond to other treatments. Active repositioning and physical therapy are the other alternative treatments for plagiocephaly. 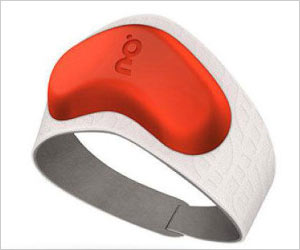 Sproutling: Your Baby's Fitbit To Monitor Upto 16 Conditions
The newest baby monitor, is considered to be the latest among wearable for babies that predicts your baby's sleep habits that will give parents relief and some peace of mind.
READ MORE

This Seems to Be a Clever Parenting Technique for Getting Babies to Sleep
Most mothers have a hard time putting their baby to sleep. But this new technique may help overcome this burden with ease.
READ MORE