Written by Dr. Meenakshy Varier
Medically Reviewed by The Medindia Medical Review Team on December 22, 2016 at 11:24 AM 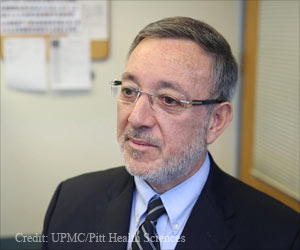 An antibiotic course of shortened duration did not improve the clinical outcomes or reduce the risk of antibiotic resistance and side-effects in children suffering from ear infections.

The researchers have demonstrated the results in children between 9 and 23 months of age.

Otitis Media
Middle ear infection, or otitis media, is a common type of infection that may or may not accompany the infections of nose and throat. It is the infection of any part of the middle ear.
Advertisement
‘The benefits of 10-day antibiotic regimen for acute ear infection in children greatly outweigh the risks.’


Otitis media is a bacterial infection of the middle ear behind the ear drum which causes it to become inflamed and painful. It occurs in children below the age of 3 years.Three out of four children experience this infection within their first year.

Simple Nasal Balloon Procedure Helps Treat Hearing Loss in Kids With Otitis Media
The children receiving autoinflation were more likely than those in the control group to have normal middle-ear pressure and have fewer days with symptoms.
Advertisement
There are two main types-
It is one of the most common reason why children are prescribed an antibiotic.

"Given significant concerns regarding overuse of antibiotics and increased antibiotic resistance, we conducted this trial to see if reducing the duration of antibiotic treatment would be equally effective along with decreased antibiotic resistance and fewer adverse reactions," said Alejandro Hoberman, M.D., chief, Division of General Academic Pediatrics at Children's, and the Jack L. Paradise Endowed Professor of Pediatric Research at Pitt's School of Medicine.

In the double blind trial, where neither the children nor the physicians knew which group the participant was being assigned to, 520 children with acute otitis media were randomly assigned.

They were assigned with a standard 10-day regimen of the antibiotic amoxicillin-clavulanate or a shortened 5-day treatment followed by placebo for five days.

Children were followed from October through the rest of the annual respiratory-infection season.

The researchers found that the risk of treatment failure in the 5-day group was at 34%, which was more than twice as much the risk in the 10-day group at 16%.

The results clearly showed that the 10-day treatment was far more effective.

Also there was no decrease either in the adverse effects of antibiotic use like diarrhea or diaper rash in the 5-day group or in the presence of antibiotic-resistant bacteria that were tested through nasopharyngeal (back of the nose) swabs.

The researchers found that the risk of recurrent infection was higher:
"The results of this study clearly show that for treating ear infections in children between 9 and 23 months of age, a 5-day course of antibiotic offers no benefit in terms of adverse events or antibiotic resistance. Though we should be rightly concerned about the emergence of resistance overall for this condition, the benefits of the 10-day regimen greatly outweigh the risks," said Dr. Hoberman.

Childhood Ear Infections Linked to Evolutionary Glitch
The way in which the human ear is formed has been uncovered by researchers at King's College London.

Vitamin A Supplementation Reduces the Risk of Hearing Loss
High dose vitamin A supplementation in early childhood was found to reduce the risk of hearing loss from middle ear infection in adolescence and young adulthood.