Two drug combinations were found to reduce the mortality rate of breast cancer patients, finds a study from the Stanford University School of Medicine.

The research study was published in The Journal of the American Medical Informatics Association.


Unexpected side effects often occurs when two different drugs are taken together. For example, antibiotics and anti-fungal agents may interfere with the effectiveness of birth control pills.


Nigam Shah, MBBS, PhD, senior author, associate professor of medicine and biomedical data science, said, "What if we looked for combinations of drugs that have an accidental beneficial effect?"

The research team analyzed Oncoshare which is a breast cancer patient database built at the Stanford University. The database contains de-identified patient information which may include tumor and treatment informations for each patient from Stanford Health Care and Palo Alto Medical Foundation which may link to patient outcomes in California Cancer Registry.

Allison Kurian, MD, associate professor of medicine and of health research and policy said, "By integrating different kinds of data, we can ask questions we couldn't ask before. Usually, you don't find both survivorship data and all the different kinds of drugs and other treatments patients get all in the same place."

The researchers searched for drugs that had better outcomes when patients took the drug.

Shah said, "We looked at all the noncancer drugs that breast cancer patients were on."

"People have other things going on in life. They might have hypertension, they might have high cholesterol or diabetes. They would be taking drugs for those as well. So the question we were asking was, do any of the drugs they are taking associate with better outcomes for breast cancer?"

The research study looked at data from around 10,000 adult women who were diagnosed with breast cancer from 2000-2013. Out of which 12% patients died within five years of diagnosis.

The author also said, that through the analysis we were able to find few drug combinations that were associated with better survival.

Scientists were trying to look for confirmation in a new data set that had not yet been examined. Andrew Radin, founded a company called twoXAR which were able to search for drug interactions using gene-expresssion data.

The company looked out for common molecular pathways in which the drug combinations were able to produce beneficial effects.

Two of the three drug pairs from anti-inflammatory drugs like aspirin or naproxen, blood-lipid modifiers like statins and lipid modifier drugs like fluticasone (asthma like conditions), anti-inflammatories and hormone antagonists which suppress the synthesis of estrogen were found to show a molecular mechanism which had to do with the survival of breast cancer.

Shah said, "This study is a nice example of an analysis spanning multiple data modalities. It's the kind of thing that can only happen at Stanford."

The author also added that the key for treatment lies in the link between the drugs and their protein targets which has to do something with breast cancer.

Kurian also said that this study is a proof that organizing the data and finding fruitful explorations may have strong clinical applications. 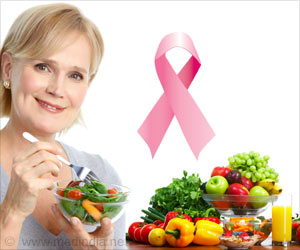