Thousands of hair cells present in the inner ear can help to detect sound waves and translate them into the nerve signals which allow us to hear sounds and speech.

The damage caused to the hair cells is one of the leading cause of hearing loss which affects around 48 million Americans.
Drug Combination That Regenerates Hair Cells Can Combat Hearing Loss


A research team from the University at MIT, Brigham and Women's Hospital and Massachusetts Eye and Ear have recently discovered a drug combination that could expand the number of supporting cells in the ear thereby preventing hearing loss.


‘Regenerating the hair cells in the inner ear using a drug combination can combat hearing loss.’


Robert Langer, the David H. Koch Institute Professor at MIT, a member of the Koch Institute for Integrative Cancer Research, said, "Hearing loss is a real problem as people get older. It's very much of an unmet need, and this is an entirely new approach."

The research paper is published in the journal Cell Reports.

Regeneration of Cells
Around 15,000 hair cells are present per ear during birth. These cells cannot regrow when they are damaged.

Hair cell death can occur due to

These hair cells can only regenerate in animals and not in humans.

The scientists tried to study the effects of regenerating the hair cells on the cells of the intestinal lining. According to a study published in 2013, Karp, Langer, Yin said that large quantity of immature intestinal cells could stimulate them to differentiate and to expose them to certain molecules.

The cells that may provide support in the cochlea can show surface proteins as intestinal stem cells.

They wanted to try whether the approach would work in supporting cells and stimulate the Wnt pathway.

Yin, said, "We used small molecules to activate the supporting cells so they become proliferative and can generate hair cells."

The research team was found to add another set of molecules into a large pool of supporting cells which have provoked cells that can differentiate into mature hair cells.

The procedure was found to generate 60 times more mature cells when compared to techniques that used growth factors to promote supporting cochlea cells to hair cells without expanding the population.

The research team also found that the new approach in an intact mouse cochlea can be removed from the body. They also did not add a second set of drugs as they were naturally exposed to signals which can stimulate them to become mature cells.

Karp, said, "We only need to promote the proliferation of these supporting cells, and then the natural signaling cascade that exists in the body will drive a portion of those cells to become hair cells."

Benefits
The research team has also started a company called Frequency Therapeutics, that has licensed the MIT/BWH technology which can test the drug in human patients within 18 months.

Will McLean, said, "We hope that our work will allow other scientists to pursue studies of supporting cells and hair cells that have not been possible because such limited quantities of hair cells were available."

Karp, said, "Researchers who have been eager to conduct experiments on inner ear hair cells will now be able to replicate our work and have huge numbers of them to do all kinds of experiments."

The authors are also trying to use this approach in other types of cells which include intestinal cells that are involved in insulin regulation and control of gut microbiota.

Hearing Loss Symptom Evaluation
Hearing loss is a common problem that could occur in childhood or often develops with age or is caused by repeated exposure to loud noises. Keep abreast on its causes and symptoms.
READ MORE 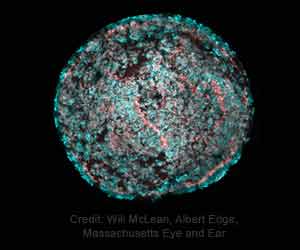