Diabetics Can Eat These 4 Dried Fruits

Dried fruits such as dates, apricots, raisins, and sultanas have a lower glycemic index (GI) than white bread, reports a new study. The findings of the study are published in the journal Nutrition and Diabetes.

People with diabetes and followers of diets based on the glycemic index (GI) can enjoy dried fruits knowing they do not cause a blood sugar spike compared to starchy foods such as white bread, suggests a new study.
Diabetics Can Eat These 4 Dried Fruits


‘Can people with diabetes eat dry fruits? Yes, eating dried fruits such as dates, apricots, raisins, and sultanas can be good for diabetics, as they have a lower glycemic index (GI) than white bread, reveals a new study.’
Read More..


The glycemic index was developed by Dr. David Jenkins of St. Michael's Hospital in the early 1980s as a way of explaining how different carbohydrates affect blood glucose and to find out which foods were best for people with diabetes.

"People often worry about sources of sugar and fruits being one of them, but most fruit -- in particular tender fruit -- have a low glycemic index and what we're showing here is dried fruits also have a lower glycemic index, so they don't raise your blood sugar very much," said Dr. Sievenpiper.

Dr. Sievenpiper said longer and larger randomized trials will be needed to confirm whether dried fruit can contribute to sustainable improvements in glycemic control and whether other dried fruits have a similar GI.

Health Benefits of Dried Fruit
Fruits like grapes, plums are dehydrated to give raisins and prunes. With water being removed, dried fruits are packed with nutrients having many health benefits as will be discussed in this article.
READ MORE 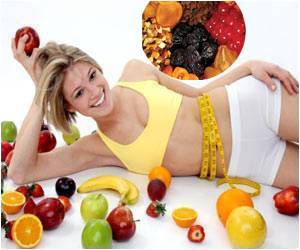