Diabetes May Increase Cancer Risk in Women Than Men

Diabetes is a risk factor for many types of cancers in both men and women, but the risk is found to be higher in women than in men, reports a new study. The findings of the study are published in the journal Diabetologia.

Cancer is the second leading cause of death globally. Nearly 1 in 4 women and 1 in 3 men develop cancer during their lifetime.
Diabetes May Increase Cancer Risk in Women Than Men


In 2015, there were about 17.5 million incident cancer cases and 8.7 million cancer deaths worldwide, and these figures are expected to increase in the next decades.


‘Diabetes increases the risk of cancer more in women than men. Diabetes showed a higher site-specific cancer risk for women than men for oral, stomach and kidney cancers and leukemia, but a lower risk for liver cancer. The women-to-men ratio showed that women with diabetes had a 6 percent greater risk of all-site cancer compared to men with diabetes.’


The prevalence of diabetes has also increased rapidly:
In 2015, around 415 million adults were reported to have the condition and nearly 5 million deaths attributed. In the same year, 12 percent of global health expenditure was spent on diabetes and its complications.

Earlier studies have shown that diabetes is associated with a risk of all-site and some site-specific cancers.

For other conditions like stroke, coronary heart disease, and dementia, there is published evidence (from these same authors) that increased risk of these conditions associated with diabetes is higher in women than in men.

A study conducted by Dr. Toshiaki Ohkuma, Dr. Sanne Peters and Professor Mark Woodward of the George Institute for Global Health at the University of New South Wales, Sydney, Australia and the University of Oxford, Oxford, UK, evaluated whether there are sex differences in the association between diabetes and cancer.

In December 2016, the authors began a systematic search to identify articles on the links between diabetes and cancer. Additional reports were recognized from the reference lists of the related studies.

Only cohort studies providing relative risks (RRs) for the association between diabetes and cancer for both women and men were included.

Studies with data only for one sex were excluded, as were studies that had not adjusted for at least age as a confounder.

In total, 107 relevant articles were identified, along with 36 cohorts of individual participant data.

Statistical analysis considered diabetes (types 1 and 2 combined) with all-site cancer events. Additionally, for those cancers that can occur in both sexes, site-specific cancer events were examined.

Relative risks (RRs) for cancer were obtained for those individuals with diabetes versus those without diabetes, for both men and women.

The women-to-men ratios of these relative risk ratios (RRRs) were then calculated, to work out the excess risk in women if present.

Women with diabetes had a 27 percent higher risk of all-site cancer compared to women without diabetes.

For men with diabetes, the risk was 19 percent higher than for men without diabetes.

Data on site-specific cancer were available for 50 sites.

The authors suggest that there are many possible reasons for the excess risk of all-site cancer conferred by diabetes in women.

Hyperglycemia (high blood sugar or high blood glucose) may have carcinogenic effects by causing DNA damage with an impact that would be probably more obvious in women because historically women were likely to be undertreated, receive less intensive care or show lower adherence to antidiabetic medication compared to men.

Another factor that may influence the lower risk ratio for all-site cancer in men may be the possible protective effect of diabetes in prostate cancer, a type that affects men only.

The authors also observed that diabetes presented a higher site-specific risk for women than men for oral, stomach and kidney cancers and leukemia, but a lower risk for liver cancer.

The authors note that the literature around mechanisms supporting the sex differences in site-specific cancers is insufficient. However, unmeasured confounding factors specific to each site such as hepatitis virus infection for liver cancer and Helicobacter pylori infection for stomach cancer may be involved.

Diabetes has been linked to the risk of all-site, and some site-specific, cancers in various systematic reviews and meta-analyses.

However, there has been no systematic overview of the data available that sex differences may impact on this risk. This study shows that diabetes is certainly a risk factor for all-site cancer in both sexes, but also indicates that the effect is stronger in women than in men and that this increase in risk for women may vary with cancer site.

The authors stress "the importance of a sex-specific approach to quantification of the role of diabetes in cancer research, prevention, and treatment," and conclude that "further studies are needed to clarify the mechanisms underlying the sex differences in the diabetes-cancer association." 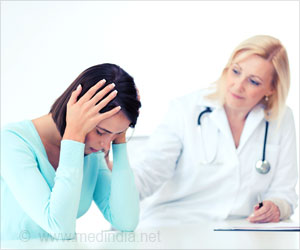 Diabetics Have Increased Risk of Cancer in First Three Months of Diagnosis
The risk of diagnosis of cancer is higher within the first three months of diagnosis of diabetes, or in the 10 year period before the diagnosis.
READ MORE