Just 30 minutes of moderate-intensity exercise a day can help prevent metabolic diseases such as diabetes in men, reports a new study. The findings of the study are published in the journal Endocrine Connections.

Daily exercise at moderate intensity is associated with beneficial levels of a hormone that may lower the risk of diabetes, according to a new study. Men who were physically active at moderate intensity for 30 minutes a day, released higher levels of a hormone that reduces appetite and blood sugar levels. These findings may suggest that even lower intensity of daily habitual physical activity could help prevent metabolic diseases such as diabetes.
Daily Exercise at Moderate Intensity can Fight Diabetes

Why Sitting Too Long is Bad for You?


‘Exercising every day at moderate intensity for 30 minutes can control your blood sugar levels and help lower the risk of diabetes in men.’
Read More..


A sedentary lifestyle (sitting disease) can lead to metabolic complications such as heart disease, diabetes, and obesity, and is the second most preventable cause of premature death after smoking. Physical activity at any intensity is known to improve health and prolong lifespan.

Glucagon-like peptide-1 (GLP-1) is an appetite-inhibiting hormone that stimulates insulin secretion and lowers blood sugar levels. Previous studies suggest that exercise may affect GLP-1 secretion but have been inconclusive, and the effect of daily lower intensity exercise, including regular activity such as walking, remains uncertain.

In this study, PhD student Charlotte Janus and Professor Signe Torekov from the University of Copenhagen, together with researchers from Steno Diabetes Center, investigated the association between normal, daily, physical activity and GLP-1 secretion in an overweight population of 703 men and 623 women.

Participants' heart rates were monitored as they carried out their normal daily lives to determine their daily activity intensity, ranging from sedentary to vigorous. GLP-1 levels were measured before and after drinking glucose to assess how physical activity may affect the secretion of the hormone.

Results from the study indicated that moderate-intensity exercise, for just 30 minutes a day, increased GLP-1 levels in men, but not in women, who were on average active for only 20 minutes a day.

PhD student Janus comments, "Our study is encouraging as the results suggest that daily activity, even at a relatively low intensity and for a short amount of time such as brisk walking, gardening and playing with grandchildren, could improve appetite and blood glucose regulation."

"Greater GLP-1 hormone levels decrease both hunger sensation and blood sugar and may, therefore, decrease the risk of both obesity and type 2 diabetes," Professor Torekov adds.

"The association between physical activity and GLP-1 secretion may only be seen in men due to physiological differences and generally lower activity levels for women in this study. It may also indicate that a certain minimum level of physical activity is required for there the positive effect on GLP-1 levels, however more studies are required to confirm this."

These findings suggest that increasing daily activity to at least 30 minutes a day, such as walking rather than taking a bus, could lower the risk of diabetes and improve overall metabolic health. Low-intensity activity is much more achievable than high-intensity exercise, which can be time-consuming or too physically demanding for some people.

"If you don't have the time or ability to do high-intensity exercise, increasing your daily physical activity level may still affect GLP-1 production and have positive impacts on your health," PhD student Janus recommends.

However, importantly these findings are based on a cross-sectional study that shows only associations between physical activity and GLP-1 levels, and not direct causality. PhD student Janus and Professor Torekov now plan to confirm these findings by investigating the direct effects of moderate-intensity activity on GLP-1 secretion. 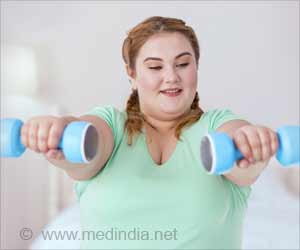 Exercise Improves Survival in Patients with Diabetes
Doctors should advise and be actively involved in exercise programs for diabetic patients in order to achieve better control of blood sugar and improved heart health which in turn improves patient survival.
READ MORE 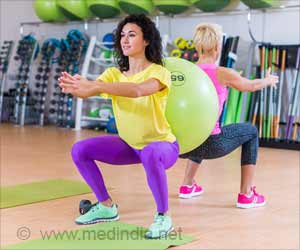