The common oral thyroid hormone medication levothyroxine, when taken with a glass of milk, significantly decreases the body's ability to absorb the drug.


"Decreased absorption means that patients may not get the full dose of thyroid hormone that they are prescribed." Chon added.


‘Levothyroxine can ideally be taken on an empty stomach, 30-60 prior to any meals and other medications or vitamins.’


The study is the first to prove that cow's milk, which contains calcium, interferes with levothyroxine absorption.

Levothyroxine is commonly prescribed to replace the natural thyroid hormone thyroxine (T4) that is too low in hypothyroidism where there is the under-activity of the thyroid gland or for patients with thyroid cancer, to suppress their thyroid stimulating hormone levels.

In hypothyroidism, the activity of thyroid gland is decreased and the level of thyroxine hormone in the blood is reduced. Women over 60 years of age are more likely to be affected by this condition.

A survey from the IMS Institute for Healthcare Informatics (now QuintilesIMS) in the U.S found that, levothyroxine was the most commonly prescribed medication in 2014.

The study recruited 10 adults including 6 men and 4 women, with an average age of 33.7 years.

They had no known thyroid disease and had normal thyroid hormone function at the start of the study. The participants were not allergic to cow's milk or levothyroxine, and none of the women were pregnant or using birth control pills.

The participants had to visit the study center twice, spaced a month apart. They had to fast the night before the visit

During one visit, participants took 1,000 micrograms of oral levothyroxine alone. At the time of second visit, they took the same dose concurrently with 12 ounces of 2% milk.

The blood samples of the participants were tested for T4 levels, before supplementation and one, two, four and six hours after ingestion of levothyroxine.

The levothyroxine absorption was measured as the concentration of total T4 in the blood plotted on a graphic curve against time after drug administration, called area under the curve.

Six hours after taking levothyroxine, participants who consumed milk at the same time as the medicine had significantly lower total T4 absorption compared to when they took the drug alone: average area under the curve of 67.3 versus 73.5.

The manufacturer of a brand of levothyroxine recommends that the medication be taken preferably on an empty stomach, 30 to 60 minutes before eating food or taking other medications or vitamins.

"The main message of this study is that patients managed with thyroid hormone replacement therapy should be advised to avoid taking levothyroxine simultaneously with cow's milk, given its interference," Chon said.

The results were presented at ENDO 2017, the Endocrine Society's 99th annual meeting in Orlando, Fla.

Congenital Hypothyroidism/Cretinism
Congenital hypothyroidism is deficient thyroid hormone in newborns. It is critical for normal development. T3, T4 and TSH levels should be measured in all newborns.
READ MORE 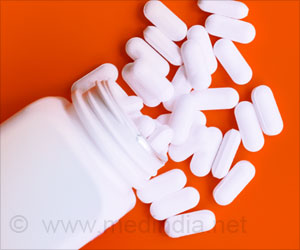 Levothyroxine Treatment May Not Benefit Pregnant Women With Subclinical Hypothyroidism
Treatment with levothyroxine given to pregnant women with subclinical hypothyroidism does not increase cognitive outcomes in children.
READ MORE

Hypothyroidism may Result In Impaired Driving
Impaired driving similar to those who are driving when intoxicated by alcohol can be experienced with people with significant hypothyroidism, finds a new study.
READ MORE