Survivors of acute respiratory distress syndrome (ARDS) remain physically and emotionally weak even five years after recovering, says new study.  Acute respiratory distress syndrome (ARDS) is a life-threatening lung condition in which sufficient oxygen does not enter blood. In a recent study it was shown that despite the fact that their lungs heal almost completely, survivors did not regain the physical or psychological health. The results of this Canadian research were published in the New England Journal of Medicine, a leading medical journal.  Generally the ARDS patients are always one of the most  sick that one  encounters in an Intensive Care Unit (ICU) of a hospital.

109 ARDS patients were followed up in the study. The participants of the study were of average age group of 44 and were those who received prolonged treatment in the intensive care unit. Survivors of ARDS were found to suffer:

·        Increased costs and use of health care services

This severe form of lung inflammation lead to average ICU stays of about four weeks and several months of inpatient treatment. The lungs healed well with time, but disabilities stayed. Disability from muscle and nerve damage, stiff joints, scarring from breathing tubes and post-traumatic stress disorder were part of the aftermath.

Pulmonary function was found to be normal or nearly normal in all patients five years after their illness. However, many were reported to carry diagnoses of depression, anxiety or both. Transition to a normal life style appeared to be herculean.

The new findings are of great significance since they highlight the need to redefine ICU care. It would be wiser to boost physical rehabilitation of ARDS patients by getting them out of bed earlier. The use of alternate drugs that cause less damage to nerves and muscles should be used. Treatment cost is another problem that need to be addressed. Working out a better strategy is the need of the hour.

Causes of Acute Respiratory Distress Syndrome (ARDS)
Severe sepsis and bacterial pneumonia are among the most common causes of ARDS.
READ MORE 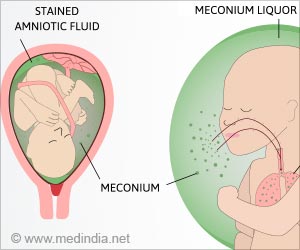