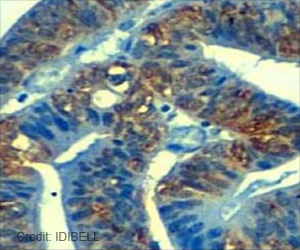 The cause of multiple resistance in cancer chemotherapy has been identified by researchers in a new study.

Study was conducted by researchers at the Bellvitge Biomedical Research Institute (IDIBELL). The work is published in the Proceedings of the National Academy of Sciences (PNAS).

The lead researcher is Dr. Manel Esteller, Director of Epigenetics and Cancer Biology Program (PEBC) of IDIBELL, ICREA Researcher and Professor of Genetics at the University of Barcelona.


Chemotherapy (chemo) usually refers to the use of medicines or drugs to treat cancer. chemo can kill cancer cells that have spread (metastasized) to parts of the body far away from the original (primary) tumor.

Adolescent Girls With Blood Cancer Should be Screened for Pregnancy Prior to Cancer Chemotherapy
Pregnancy screening in adolescent girls undergoing chemotherapy for acute lymphoblastic leukemia is not adequate, thereby increasing the chances of birth defects.
Advertisement
The three main goals of chemotherapy are cure, control and palliation.

The introduction of cancer chemotherapy was a revolution for the treatment of this disease in those cases in which the cure is no longer possible only with the mere extirpation of the tumor.

Chemotherapy has been shown to be effective in a wide range of patients, but one of its main problems is the emergence of resistance against the anti-tumor drug used.

But there are tumors that display cross-resistance against different drugs since its inception, when they have not yet been treated.

"We have found that 10% of colon and stomach tumors present the loss of a molecule called TP53TG1, whose function in healthy cells is to prevent activation of YBX1 protein." says Dr. Manel Esteller.

Without surveillance of TP53TG1 in these gastrointestinal tumors, YBX1 goes to the nucleus of the cell and is responsible for the activation of hundreds of oncogenes that will prevent the death of malignant cells that antitumor drugs induce.

The spectrum of resistances induced by this mechanism is extensive and includes not only drugs commonly used in the treatment of these cancers, such as as 5-fluorouracil, oxyplatinum or irinotecan, but also drugs targeting recent molecular targets such as kinase inhibitors.

The next step would be to study if there is any drug that escapes this mechanism of multiple chemoresistance and also to explore whether restoring the activity of the molecule TP53TG1 would help in regaining the sensitivity of these tumors to the drugs analyzed, which would represent a clinical benefit for these patients.

Role Of Chemotherapy In The Treatment Of Bladder Cancer
While chemotherapy kills the most common type of bladder cancer, chemotherapy also shapes the genetic evolution of cancer cell clones to become drug-resistant.

Advertisement
<< Regorafenib Seeks Approval For Liver Cancer Treatment from F...
Plus - Naloxone Drug Shows Promise in the Prevention of Pret... >>

Preventing Death of Immature Ovarian Eggs from Chemotherapy
Young women who are cancer patients, often lose their fertility because chemotherapy and radiation can damage or kill their immature ovarian eggs, called oocytes.