New effective therapy for obesity has been identified, where a specific group of bile acids aid in burning the lipids in fat depots directly, reveals a new study.


Obesity arises when there is an imbalance between energy intake and energy expenditure. Currently, the available treatments can either decrease calorie intake or increase energy expenditure. However, maintaining long-term effects is the main problem.


‘Activating the bile acid receptor TGR5 with molecules that mimic the action of bile acids can induce remodeling of white fat cells into beige fat cells.’

Bile is a yellow-green fluid that is produced in the liver. It is stored in the gallbladder and secreted into the intestines during a meal. Bile acids are essential constituents of bile.

Bile emulsifies dietary fat into tiny globules, and digestive enzymes help in the break down of these globules that can be absorbed by the intestine.

In this new study, it was found that bile acids can turn fat-storing cells into fat-burning ones. A process called thermogenesis (heat production) is involved in maintaining the body's temperature in cold environments, revealed the EPFL scientists.

Recently, beige fat cells have attracted a lot of attention, as adults have very low numbers of active brown adipocytes. But scientists are wondering how a white cell can turn into a beige, a process called "beiging" and shift the balance from fat-storing to fat-burning.

The Schoonjan team revealed that this process could be coordinated by secondary bile acids, which are metabolites generated by the liver and gut bacteria.

In this study, the research team suggested that by activating the bile acid TGR5 receptor with molecules that mimic the action of bile acids, also known as "mimetics." can induce remodeling of white fat cells into beige fat cells.

The bile acids accumulate in the blood and interact with the TGR5 receptor on white fat cells to change their metabolic function.

This shows that it is more than just a change in color. The research team also found that these bile acids can increase the number of mitochondria in the new fat cells, which means higher energy consumption in the new beige fat cells.

The bile-acid mimetics also trigger lipolysis, which is the first step in fat degradation and allows the fat cells to use fatty acids as their main fuel source.

The study helps in providing a direct connection between bile acids and fat loss, which aids in developing the novel therapeutic intervention in obese people.

"We showed that bile acids are much more than soap for digestion when their concentration in the blood reaches a certain level, it can turn up the thermostat and increase fat burning for energy and heat production," said Kristina Schoonjans.

"What is exciting about our discovery is that low concentrations of TGR5-selective molecules are sufficient to promote the beiging of white fat-storing cells, thereby bypassing the need to increase the total bile acid pool," said Laura Velazquez, first-author of the paper.

Alessia Perino, the co-first author, said that this study also highlights mitochondrial fission or the splitting of mitochondria, an essential mechanism by which bile acids turn white fat into beige fat.

Alessia Perino also said that it would be interesting to explore whether mitochondrial fission is a universal mechanism for beiging in response to other stimuli.

What is Overweight and Obesity?

Overweight and obesity mean that a person's weight is higher than the desired healthy weight for height.

Obesity is a threat for not only adults for children and adolescents as well. Childhood obesity is on the rise and has increased more than tenfold in the past four decades.

Worldwide, BMI of children and adolescents has increased by 1.7 for boys and 1.3 for girls.

Obesity and overweight can have a severe impact on health and can lead to cardiovascular diseases, type 2 diabetes, new cancer cases, non-alcoholic liver disease, osteoarthritis, and depression. 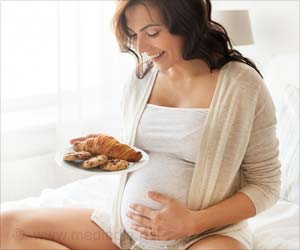 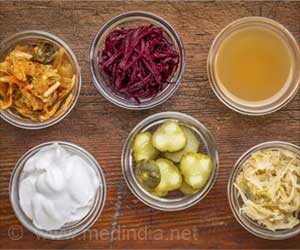 Probiotics Can Help Kick Off Liver Inflammation Due To Fatty Diet
Western diet causes inflammation of liver cells which can be treated with probiotics, as it facilitates growth of bacteria that reduces liver damage.
READ MORE