Better Not to Combine Protein and Carbohydrates in Diet- New Study

The concept of a healthy balanced diet may be rewritten. Mixed meals of proteins, fats and carbohydrates may be associated with obesity, suggests a new study;a high protein only or high carbohydrate only diet is more beneficial. The researchers also found that the liver enzyme alanine transaminase (ALT) may be used to predict one's body weight. ALT can be a useful weapon in the global war against the obesity epidemic.

Excessive weight, once thought to be a marker of affluence, is now perceived as a harbinger of bad health and premature death. Obesity is now known to carry the burden of diabetes

Save Your Life from Fake Diet Tips
Here is a compilation of 'Fake Diet Tips' that are worth not listening to with regards to a healthy diet.
READ MORE 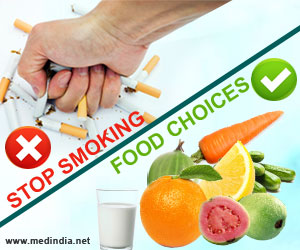 5 Diet Tips to Help You Kick the Butt
Besides well known methods like nicotine patches, hypnosis and prescription medication, you can choose from some food items and follow these tips to help you quit smoking.
READ MORE 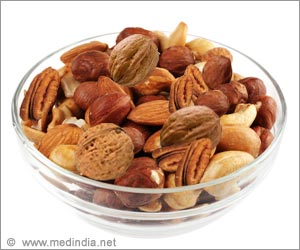 Eat Nuts to Lower Risks of Obesity and Metabolic Syndrome
Eat nuts to combat obesity and metabolic syndrome but take care not to over-consume them. They are high in calories too.
READ MORE 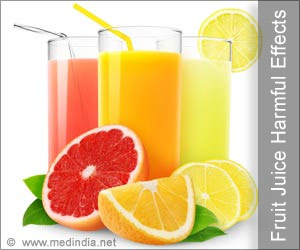 Keep Off Fruit Juice, Says UK Obesity Expert
Fruit juice may not be a healthy food if you are trying to lose weight, since its high sugar content may lead to metabolic syndrome and then to obesity, heart disease, and diabetes.
READ MORE 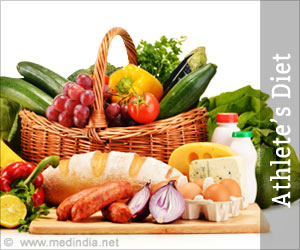 Diabetes Type 2 and Its Link to Sugar-Sweetened BeveragesCarbohydrates and Its Role in ObesityDiet Guidelines for Healthy SnackingMagical Millets for Your HealthQuiz on Weight LossDiet and Nutrition Tips for AthletesNutrition IQTop Athletes´ Diet Plan: How Much Carbohydrate is Needed?Right Types of Carbohydrates