Young adults who alternate their sleep patterns by getting inadequate periods of sleep followed by "catch-up" days with longer sleeping hours suffer from cognition related problems. It affects their attention and creativity in particular.

"The more variability they showed in their night-to-night sleep, the worse their cognition declined across the week," said study co-author Michael Scullin, Ph.D., director of Baylor's Sleep Neuroscience and Cognition Laboratory and assistant professor of psychology and neuroscience in Baylor's College of Arts & Sciences.
Alternating Sleep Patterns Affect Attention, Creativity


"When completing term projects, students restrict sleep, then rebound on sleep, then repeat," he said. "Major projects which call for numerous tasks and deadlines -- more so than for tests -- seem to contribute to sleep variability."


‘It is essential that young adults get between seven and nine hours of sleep everyday.’

Interior design is "a strange culture, one where sleep deprivation is almost a badge of honor," said lead author Elise King, assistant professor of interior design in Baylor's Robbins College of Health and Human Sciences.

The tradition in interior design is generally believed to be to stay up late to work in order to unleash creativity and prepare them for their careers.

"Since the general public still doesn't understand the profession of interior design, and mistakenly thinks we're the same as decorators, there is a sense that you want to work harder and prove them wrong," King said. "But recently, we've seen the consequences of that type of thinking: anxiety, depression and other mental health issues -- and also the dangers of driving while sleep deprived."

The common myth challenged by the study is that "the best design ideas only come in the middle of the night," King said.

"The wristband is somewhat similar to Fitbit devices, but much more reliable in detection, including the many brief awakenings during sleep that affect sleep quality," Scullin said.

"What we call 'creativity' is often people's ability to see the link between things that at first glance seem unrelated, and one of the tests taps into that ability," Scullin said.

Executive attention is the "working" memory that enables people to hold memories for a short time while doing a separate task.

The study found that irregular sleep affects:
The National Sleep Foundation recommends that young adults have seven to nine hours of sleep each day.

Only one participant in the study slept for seven hours or more nightly and 79% slept fewer than seven hours at least three nights during the week.

"Most students think they're getting about four more hours of sleep each week than they actually are," Scullin said.

King said. "The stress of juggling several projects, each with multiple deadlines, is likely to contribute to students' tendency to cycle between several days of poor sleep leading up to a project due date, followed by a catch-up day with 10 or more sleep hours." King said.

The findings can be validated by further investigation with a greater range of students across multiple studio-based majors and multiple universities.

"Interior design programs are changing," King said. "People are open to the conversation and willing to discuss ways to reduce that pressure on our students and encourage them to be healthier."

The study of interior design students is published online in the Journal of Interior Design. 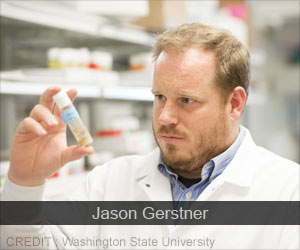 Sleep Gene Identified - Mechanism Reveals Why We Need Sleep
A particular gene involved in the quality of sleep experienced by three different animals including humans was identified.
READ MORE