Air Pollution can Cause Loss of Smell

People who are exposed to particulate matter (PM) 2.5 for a long time are two times more at risk of losing the sense of smell, reveals a new study.

The loss of smell, a condition known as anosmia, can severely impact a person's quality of life, making it extremely difficult to taste foods, detect airborne hazards in the environment, and carry out other functions dependent on the senses.
Air Pollution can Cause Loss of Smell


Covid-19 has further thrust olfaction into the spotlight as olfactory disturbances appear to be both a cardinal symptom and, in some cases, a debilitating consequence of the ongoing global pandemic, said researchers from the Johns Hopkins University in the US.


While previous research has associated PM2.5 as a likely culprit for anosmia, the team from Johns Hopkins conducted a new study to better understand how long-term exposure to air pollution can rob someone of the ability to smell and taste.

They found long-term airborne exposure to PM2.5 increases the risk of losing one's smell by nearly twice (a 1.6- to 1.7-fold increase).

This may occur because the location of the olfactory nerve, which contains the sensory nerve fibers relating to the sense of smell, places it directly in the path of inhaled PM2.5 materials. The findings appeared in the JAMA Network Open.

"Based on this result, we feel that long-term exposure to high levels of PM2.5 represents a common risk factor for the loss of sense of smell, especially in vulnerable populations such as older people -- but also one that is potentially modifiable if sources of PM2.5 components can be better controlled," said lead author Murugappan Ramanathan, Rhinologist and associate professor of otolaryngology -- head and neck surgery at the University's School of Medicine.

In their study, the researchers looked at 2,690 people, aged 18 and older, who were evaluated by otolaryngologists between January 2013 and December 2016. Of these, 538 were diagnosed with anosmia, with an average age of 54 and with men making up the majority (339 or 63 percent). 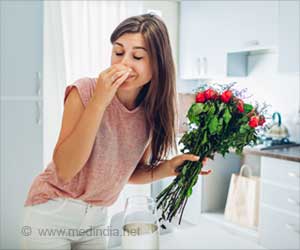 Dementia: Loss in the Sense of Smell, a Critical Indicator
Decline in multisensory functioning, especially in the sense of smell, increases the risk of cognitive decline. This is because the olfactory bulb, which is critical for the smell, is affected relatively early on in the disease.
READ MORE 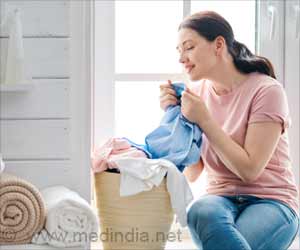 Sleep Well at Night: Smelling Your Lover's Shirt can Help You Catch Some Zzzs
Want to sleep well at night? If yes, then start smelling your partner's shirt to get sound sleep. So, hurry up, hug your lover's shirt every night to catch some extra Zzz's.
READ MORE 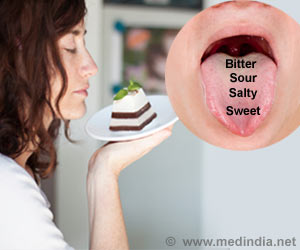 Smell and Taste Disorders
Detailed medical history and physical examination can help to diagnose taste and smell impairment in a person.
READ MORE