Youngsters Give New Lease of Life to Eleven Even in Death

Written by Stina B Manjila
Article Reviewed by The Medindia Medical Review Team on July 18, 2017 at 6:58 PM
Health In Focus

Eleven lives were saved through organ donation after brain death in Hyderabad. Two youngsters sustained serious head injuries due to a road traffic accident and were admitted to intensive care units earlier in the week.


Thanks to the family members who despite their extreme grief agreed to organ donation from their loved ones and supported this noble cause.
Youngsters Give New Lease of Life to Eleven Even in Death


A young girl and her sister were hit by a car when they were traveling on their two wheeler in Kukatpally. Anusha (24) suffered from severe head injury, while her sister escaped with minor injuries. The doctors at Yashoda Hospital,Malakpet, despite their best efforts, failed to save her. On 10th July, she was declared brain dead. Her two kidneys, liver and two corneas were retrieved.


Another young man (25) also met with a similar accident at Suryapet on Monday. After receiving first aid in a local hospital he was shifted to Aware Global Hospital, LB Nagar. Due to a serious head injury, he was declared brain dead on the same day. His two kidneys, liver, heart and two corneas were retrieved and transplanted to the organ failure patients.

The organs were donated under the Jeevandan organ donation scheme of Telangana.The organs retrieved were distributed to various waiting list patients in the city.

What is Brain Death?

Brain death is defined as the permanent and irreversible cessation of all brain functions. A part in the brain called the brain stem is responsible for maintaining the vital functions of our body such as respiration, heart rate, blood pressure, digestion and being alert and awake. It occurs due to four major reasons, the most common one being the road traffic accident. The other reasons are tumor, ischemia and intracerebral hemorrhage. Once the brain stem stops functioning the person is considered dead. Brain death is declared by a group of 4 doctors after two sets of tests.

What is Organ Donation?

Organ donation is the donation of healthy organs from a person (living /dead) to another person who is in need of those organs out of true will. Most of the times the vital organs like heart, lung, liver and kidney function well in the brain dead patients. Organ donation can be considered as an option, if the family of the deceased consents for the same. Brain death and organ donation is legal in India according to the Transplantation of Human Organs Act 1994.

The two donations in Hyderabad and the gift of life provided to 11 patients should serve as an example to the society to pledge their organs to save lives.

Organ Donation After Death at Old Age is Found Effective
Kidney transplantation from people who die over 80 years can be transplanted to recipients and show similar patient and kidney survival rate.
READ MORE 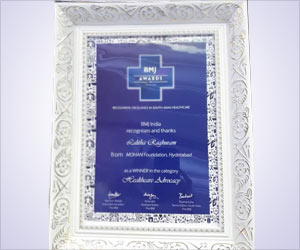 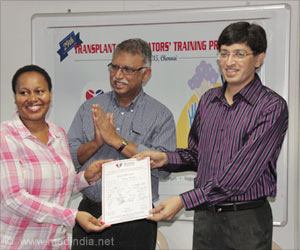