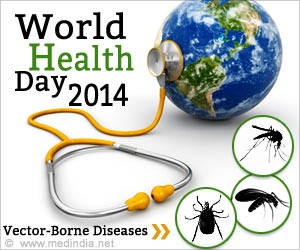 With more than half the world's population at the risk of vector-borne diseases such as malaria, dengue, leishmaniasis and yellow fever, the World Health Organization (WHO) has chosen the same as the theme for this year's World Health Day with the slogan, "Small bite, big threat". April 7th is celebrated every year as the World Health Day, and it marks the anniversary of the founding of WHO in 1948.

Vectors are organisms that carry diseases from person to person and from one place to another. These include agents such as mosquitoes, flies, ticks and bugs. The important diseases caused include malaria, dengue, leishmaniasis and yellow fever. These diseases impose heavy health and economic burdens. The most important aspect of vector-borne diseases is that they are preventable.


The poorest people in the world remain as the ones mostly affected with vector-borne diseases. Poor housing, unsafe water, contaminated environment are factors that serve as breeding grounds for vectors.

Which are the Important Vector-borne Diseases?

Malaria is the biggest killer among vector-borne diseases. It kills an estimated 627 000 people every year. Sadly most of the new cases, i.e. about 200 million ones every year, are never tested or registered.

Forty percent of the world's population is at risk from dengue, another mosquito-borne viral infection. Early detection and proper medical access can bring down its fatality rates below 1%. Mosquitoes are also notorious for causing yellow fever that tend to erupt in large outbreaks and paralyze health systems.

Repeated bites of infected blackflies of the genus Similium results in Onchocerciasis or "river blindness". Chikungunya causes severe joint pain; the term is from the Makonde language and means "that which bends up". Japanese encephalitis is a fatal infection that can permanently damage the central nervous system. Schistosomiasis is responsible for poor nutritional status and poor school performance.

The bite of infected female phlebotomine sandfly causes Leishmaniasis. The visceral form of the disease kills over 20,000 deaths annually. Lymphatic filariasis is another widely rampant ailment that affects around 120 million people currently. Chagas disease, affects nearly 10 million people worldwide and damages the muscles of the heart in the long run.

Is there a Solution?

Vector control is the single and most powerful weapon that can be used against the killer disease. Sadly, it has never been used to its full potential. The 1940s and 1950s saw the advent of insecticides whose massive usage served a strong blow to the prevailing diseases. However, the impulse never lasted. Control programmes lost their vigour; policy formulation lapses, poor administration, and vanished infrastructure brought back the diseases. Vectors gained resistance to the common insecticides.

One of the key messages for this year's World Health Day is: "countries and their development partners must appreciate the urgent need to act before an alarming situation deteriorates any further"

The available effective interventions include:

 Long lasting insecticide-treated bednets- these are highly cost effective and efficient. They offer protection against mosquito-borne diseases, particularly malaria. WHO recommends that these nets are checked regularly for holes and replaced every 2-3 years.

 Indoor residual spraying with insecticides -this is the most widely used method to control mosquitoes. It is also effective against sandflies and bugs. Apt choice of insecticides considering factors such as safety for humans and the environment can offer protection for up to 12 months. However, at least 80 % of houses in a targeted area need to be sprayed so that we get the maximum impact.

 Addition of certain approved insecticides to drinking water storage containers is effective against mosquito larvae, taking extreme measures that the doses are not toxic for humans. Insect repellents in the form of coils, vaporizing mats, aerosols and insecticide-impregnated curtains are also available.

Apart from the above mentioned steps WHO also recommends: proper management of the environment so as to reduce breeding habitats, biological control (for example, Larvivorous fish are effective in controlling the larvae of Aedes mosquito), genetic control (the introduction of genetically-engineering mosquitoes is a fine example), adequate waste management.

Timely medications, the introduction of effective vaccines, ensuring blood and body fluid safety, food safety add up to our ammunition.

An integrated vector management can save millions and this calls out for a global commitment.

References : A global brief on vector-borne diseases- WHO 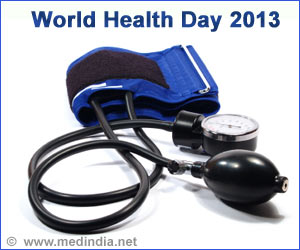