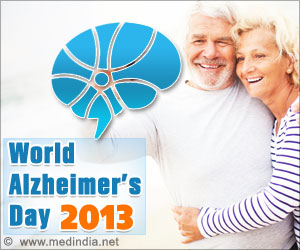 Alzheimer's disease is the most common form of dementia among older adults. Dementia is a group of disorders that impairs mental functioning. It involves parts of the brain that control the thought process, memory and language, and can seriously affect a person's ability to carry out daily activities. Scientists do not know the exact cause of Alzheimer's disease, but it is believed to develop as a result of multiple factors rather than a single cause.


According to the World Health Organization (WHO), 35.6 million people have Alzheimer's disease and dementia worldwide. About every 68 seconds, someone develops Alzheimer's disease. Majority of people with dementia live in low and middle-income countries. The direct health care expenditures of dementia are significantly higher than cancer. Alzheimer's disease is the only cause of death among the top 10 across the world that cannot be prevented, cured or even slowed.

Alzheimer's disease is often called a family disease because the stress of watching a loved one slowly decline affects everyone. A co-ordinated approach involving public and private partners is needed to address Alzheimer's disease and its devastating effects on individuals, families and the health care system.

The theme for World Alzheimer's Month 2013 is 'Dementia: a journey of caring'. Alzheimer associations across the world will focus their activities on the care required by people with dementia throughout the course of the condition. Worldwide, a wide range of activities have been lined up during the month, including educational seminars, workshops, quiz nights, social events, and walks for people with dementia and their care-takers.

As part of World Alzheimer's Month, the Alzheimer's Disease International will also launch the World Alzheimer Report 2013, which provides the most comprehensive global picture on a range of dementia-related issues. The report highlights the effects dementia has on the global economy and the true impact dementia has on our societies and health care systems. This year, the report focuses on the continuum of care.

Thus, with better planning and strategies, the victims and caregivers can be helped to respond more positively to the disease.