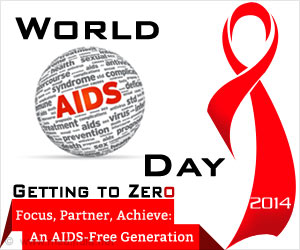 World AIDS Day is observed on December 1 each year to spread the awareness about the AIDS pandemic. It is a unique opportunity for people across the globe to unite in the fight against AIDS and show their support for people living with the deadly disease as well as to commemorate people who have died.

AIDS is a plague - numerically, statistically and by any definition known to human mankind. The basic purpose of World AIDS Day is to encourage every individual to be aware of HIV; to understand how to reduce the transmission of HIV by promoting safe sex practices; and to make sure that people suffering from it are free from any discrimination and can live a normal life within the community.

There is a specific theme for the World AIDS Day campaign; each year's theme is chosen by the Global Steering Committee of the World AIDS Campaign.The theme for World AIDS Day 2014 is "Getting to Zero - "Focus, Partner, Achieve: An AIDS-Free Generation.". Zero New HIV Infections. Zero Discrimination and Zero AIDS-related deaths. The themes are not just used for a single day throughout the year across many countries to highlight HIV/AIDS awareness within the context of other major global events.


It is estimated that globally a whopping 34 million people suffer HIV infection. As high as 25 million people have died from this deadly AIDS virus between 1981 and 2007, making it one of the most destructive pandemics in history. Celebrating World AIDS Day reminds the public and Government that HIV is still very much prevalent and that there is an immediate need to increase awareness, fight prejudice and improve education.

There is an unending effort to end the AIDS epidemic by 2030 by educating people on HIV prevention, providing treatment and support services. The campaign also strives to empower and enable all HIV positive people across the world, to access the vital services they need.

AIDS is different from HIV; a person who is HIV positive does not necessarily have AIDS, but all people with AIDS are HIV positive. Human Immunodeficiency Virus or HIV is a virus that causes Acquired Immune Deficiency Syndrome or AIDS.

AIDS could occur after many years of damage to your body's immune system caused by HIV. You become vulnerable to disease and infection due to lowering of your immunity. Some people who have been infected with HIV have flu like symptoms but others remain asymptomatic for many years.

In the advanced phase of HIV infection, you may develop a number of 'AIDS-defining illnesses' which could be very debilitating and possibly lead to death.

The first step is to increase your knowledge about HIV. By being informed about how HIV is transmitted and how to protect ourselves and others, you could enjoy life and prevent the spread of HIV:

Sometimes in life there is that moment when it is possible to make a change for the better. Since we cannot afford any more waiting periods, this is the time to stand up and make difference. On this World AIDS Day on December 1, wear the red ribbon which is the global symbol for solidarity with HIV-positive people as well as for people living with AIDS, to show your support. Make life as normal as possible for the AIDS patient - give them the community free from stigma and discrimination and they will be thankful to you forever! 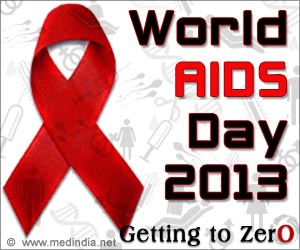 World AIDS Day 2013
The World AIDS Day is celebrated on the first of December every year. The focus this year is on treatment and prevention of AIDS in the adolescent population.
READ MORE 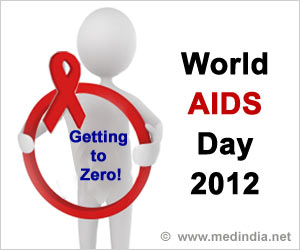