Women With Appendix or Tonsils Removed Are More Fertile

Pregnancy is an amazing journey of life with an incredible destination!!! No words can describe that wonderful feeling of carrying a baby within you!

New research shows that women who have their appendix or tonsils removed at a young age have a higher chance and faster rate of getting pregnant compared to the rest of the population.

Women With Appendix or Tonsils Removed Are More Fertile


Researchers from the University of Dundee and University College London studied the appendectomies and tonsillectomies records of thousands of women in UK and found that pregnancy rates were significantly higher among those who had an appendectomy (54.4%), tonsillectomy (53.4%) or both (59.7%) than the rest of the population (43.7%).


‘Pregnancy brings a new meaning to your life! New study shows women without appendix or tonsils might get pregnant easier.’

The researchers used the records from the UK Clinical Practice Research Databank. Their current study included 54,675 appendectomy-only patients, 112,607 tonsillectomy patients, and 10,340 patients who had undergone both appendectomy and tonsillectomy. The results were compared to the records of 355,244 women of similar age from the rest of the population.

The same research team had conducted a study in 2012 which had revealed surprising statistics around appendectomies and pregnancy.

One of the clinical senior lecturer at Dundee University's School of Medicine, Sami Shimi commented: "Once again the results have been surprising. We have found that women who have had an appendectomy or tonsillectomy, or even more particularly both, are more likely to become pregnant, and sooner than the rest of the general population. This scientifically challenges the myth of the effect of appendectomy on fertility. What we have to establish now is exactly why that is the case."

The findings of the study which was published in the journal Fertility and Sterility, come as a surprise to many doctors who believe that appendectomy could reduce fertility by blockage of the fallopian tubes.

Sami Shimi, who is also a consultant surgeon with NHS Tayside, further added, "For many years medical students were taught that appendectomy had a negative effect on fertility and young women often feared that having their appendix removed threatened their chances of later becoming pregnant."

Dr. Li Wei, who is associated with the School of Pharmacy at University College London, said, "This research is of paramount interest because appendectomy and tonsillectomy are very common surgical operations, experienced by tens of thousands of people in the UK alone. Although a biological cause is possible, we believe that the cause is more likely to be behavioral. We are pursuing both hypotheses with further research."

The researchers caution that women should not seek an appendectomy or tonsillectomy to increase their chances of getting pregnant. However, they are of the opinion that young women could have their appendix removed without the fear of future fertility risks.

Pregnancy - Body Changes In The First Trimester
In depth look at symptoms in the First trimester of Pregnancy and solutions to common problems such as, vomiting, breast tenderness, varicose veins, body ache, tiredness, heart burn and much more.
READ MORE 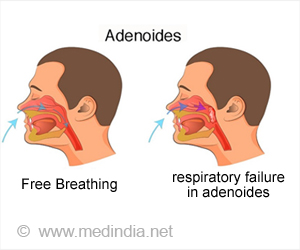 Appendicitis in Children
Appendicitis in children produces symptoms of abdominal pain and swelling, nausea, vomiting and fever. Treatment is through surgery.
READ MORE