The earliest genetic root of Wilms' tumor has been discovered that could lead to a paradigm shift in our basic understanding of this childhood kidney cancer, reports a new study conducted by researchers at the Wellcome Sanger Institute as well as other collaborating institutes.

Genomic sequencing of normal kidney tissue and that of tumors, identified patches of kidney tissue that were apparently normal, but contained mutations (changes) in the DNA (deoxyribonucleic acid) that could have given rise to Wilms' tumor.
Wilms Tumor: Root Cause of Childhood Kidney Cancer Discovered

The study, published in Science, has uncovered a hitherto unidentified mechanism of cancer pathogenesis in the kidney that takes place within the first few weeks after birth. In this process, an early renal cell acquires a carcinogenic DNA mutation that leads to its proliferation during the development of the kidney.


‘Wilms tumor, a childhood kidney cancer is caused by a change in the DNA of a single renal cell. The discovery can help in developing screening tests for early detection of cancer.’
Read More..


For this reason, Wilms' tumor has often been referred to as a tumor that results from one cell 'going wrong' during early kidney development.

Wilms' tumor is named after Dr. Max Wilms, the German surgeon who first described the cancer. It is also known as nephroblastoma, a kidney cancer that mainly affects children under 5 years of age.

Salient Features of the Study

This is the first study that compares healthy normal kidney tissue with Wilms' tumor tissue. The study was conducted by the Wellcome Sanger Institute in Hinxton, Addenbrooke's Hospital in Cambridge, and the UCL Great Ormond Street Institute of Child Health in London. Tim Coorens, the first author of the paper and a PhD student from the Wellcome Sanger Institute, said: "A good analogy for what we found is that Wilms' tumor is not just an isolated weed on an otherwise well-maintained field. We discovered that the weed has an extensive root underneath the soil. Now we know we need to look for the patch of soil where the root has taken hold. If we remove that patch, the weed isn't going to return."

Wilms' tumor is generally treated by surgical removal of the whole affected kidney in order to reduce the chances of recurrence. Patients with one kidney are usually able to lead a normal life. However, in the case of 10 percent of patients, both kidneys need to be removed, which can have life-threatening consequences.

Dr. Kathy Pritchard-Jones, Professor of Pediatric Oncology at the UCL Great Ormond Street Institute of Child Health, said: "Surgery for Wilms' tumor usually involves removing the whole kidney to ensure no tumor is left behind. However, some children need more precise surgery that preserves their kidney function, especially when they have tumors in both kidneys or are at increased genetic risk of further tumors. This study helps us understand how Wilms' tumors start off and provide a marker for kidney tissue that is at high risk of forming new tumors. My hope is that in future, we'll be able to develop treatments that focus on these patches of abnormal tissue without having to sacrifice one or both kidneys."

Dr. Sam Behjati, lead author of the paper and Group Leader and Wellcome Trust Intermediate Clinical Fellow from the Wellcome Sanger Institute, said: "The discovery of the genetic root of Wilms' tumor signals a shift in our understanding of this particular cancer and childhood cancer more generally. Our findings represent a radical departure from how we think about Wilms' tumor because we never expected to find the root of cancer in normal-looking tissue. It may even pave the way for us to begin to think about preventing childhood cancer."

Phil Brace, Chief Executive of the Little Princess Trust, said: "The Little Princess Trust is very pleased to have supported this important work. We are very excited to hear the potential impact of what has been discovered and the improved understanding as a result of this project. As a funder of pediatric cancer research, this was one of our earliest supported projects and we are very keen to support more work in this area."

Top 15 Must Know Facts about Kidney Cancer
Kidney cancer is among the 10th most common cancer in both men and women, wherein renal cell carcinoma accounts for more than 85% of all kidney cancers.
READ MORE 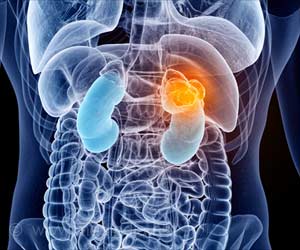 Genetic Changes During Adolescence may be the First to Trigger Kidney Cancer
Insights from a new study present an opportunity to develop approaches for early detection and early intervention in kidney cancer.
READ MORE 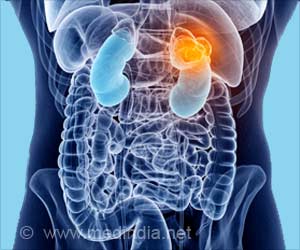 New Kidney Cancer Marker Identified
The discovery of arrestin-1 synthesis in cases of kidney cancer suggests the possibility of developing anti-cancer vaccines in the near future.
READ MORE

Hematuria
Hematuria is a condition marked by the presence of red blood cells (erythrocytes) in the urine. The bleeding may occur just once or it may be recurrent.
READ MORE