"A pint of sweat will save a gallon of blood" - George S. Patton

A first-of-its-kind soft, thin and flexible microfluidic device that easily adheres to the skin and analyzes the wearer's sweat has been developed by researchers. The sweat-sensing skin patch that connects wirelessly with a smartphone may soon be able to track health during exercise and warn against dehydration. It provides results similar to conventional laboratory testing and adheres to the skin even under complex conditions. This research is published in Science Translational Medicine.
Wearable Sweat-Sensing Skin Patch Paves a New Way for Health Monitoring


‘Now wear a personal laboratory up your sleeve.’

This device is simple to use, affordable and flexible, moving naturally with the skin. It is only slightly bigger than a quarter and has the same thickness. It is designed for a single use of a few hours. It is placed directly on the skin of the forearm or back.

The device has a complex network of microfluidic channels and storage reservoirs, for analysis of sweat. It has four different small, circular compartments, into which the sweat is collected through tiny, microscopic channels during moderate-to-severe physical activity.

The compartments have chemical reagents with which the sweat reacts. This result in visible color changes in ways that quantitatively relate to pH and concentrations of glucose, chloride and lactate in the sweat.

The device thus lets the wearer know if he/she is suffering from dehydration and if the levels of water and electrolytes need to the replenished without the need for a blood test. It also helps to detect the biomarker for cystic fibrosis.

"The intimate skin interface created by this wearable, skin-like microfluidic system enables new measurement capabilities not possible with the kinds of absorbent pads and sponges currently used in sweat collection," said John A. Rogers, from the Northwestern University Feinberg School of Medicine, who led the research team that created the 'lab on the skin.'

In a study to test the device, 21 healthy volunteers were recruited. The device was tested in two different conditions: The device was placed on the arms and backs of the volunteers to capture sweat. It successfully collected sweat and captured key markers, ranging from sweat rate to glucose and pH.

The researchers analyzed the sweat for biomarkers, by capturing a picture of the sweat patch using a smartphone. They used an image processing software app and wireless data transmission to convert the data.

In the group that cycled indoors- When researchers analyzed the biomarker readouts from the device, it was very similar to the results obtained through conventional laboratory analysis of the same sweat.

With the long-distance cyclists- On the cyclists, the researchers found the device to be robust even under harsh conditions. The device stayed in place without causing discomfort or irritation. It did not leak and provided the kind of quality information the researchers sought.

The sweat analysis device has the following features: In the future, the researchers hope to extend their technology to other fluids, such as tears and saliva.

Wearable Fitness Tracker Could Provide a New Source of Currency
Insurance companies, mortgage brokers and marketers would be particularly interested in a person's BLISS score because it combines both health and wealth metrics.
READ MORE 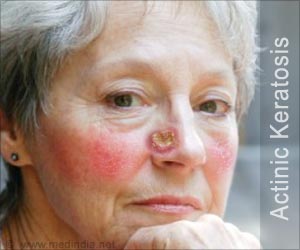