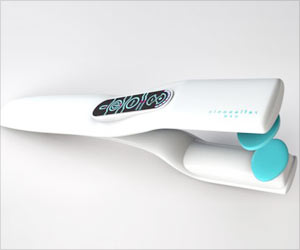 Viberect X3, a vibratory stimulation system for the penis is free from any side effects and even approved by US FDA. The device is highly effective in patients having erectile dysfunction, unable to have an erection, suffering from a spinal cord injury, have retarded orgasms and anorgasmia. In addition, it can be used to achieve sexual gratification in selected group of patients.

Viberect X3 vibrates at a high frequency and at specific amplitude facilitating ejaculation. The system is composed of dual pads, providing stimulating effect on both dorsal and ventral surface of the penis giving greater success rate. The ejaculation obtained by using this device can also be used for sample preparation for intrauterine insemination (IUI) as well as for vitro fertilization (IVF).


The ejaculation can be achieved by a single vibratory focus in most men. However, a considerable number of men require 2 foci, both on the dorsum and frenulum of the penis, for inducing ejaculation. In such cases, using two vibrators concurrently may pose a challenge. Viberect is an innovative and easy-to-use device allowing stimulation of both the surfaces of penis at the same time, thus yielding better results.


Clinical studies have shown safety and efficacy in patients with erectile dysfunction, retarded orgasm and those suffering from spinal cord injuries.

Erectile dysfunction can significantly affect sexual life. To help in this regard, Viberect, a newly approved device has proved useful. A survey conducted in 10 patients with erectile dysfunction (ED) showed that Viberect use was safe, convenient, well tolerated and the preferred mode of treatment. Before use of the device at home, these patients were instructed for optimal use of Viberect through unique repetitive reflex teaching program. Level of patient satisfaction was then assessed by using Erectile Dysfunction Inventory of Treatment Satisfaction (EDITS) and Treatment Satisfaction Scale (TSS). 90% patients were satisfied with Viberect treatment (EDITS Index >50; Mean EDITS index score was 77). Mean TSS score was exponentially raised as well from 41.8 to 61.8. No adverse events or complaints were reported by these patients and indicated its further use and recommendation to others.

Spinal cord injuries (SCI) can lead to male infertility. In such cases, penile vibratory stimulation is often recommended as first line of treatment. A prospective study performed using Viberect-X3 on 30 anejaculatory men with SCI with injury level of T10 and rostral, showed ejaculatory success rate of 77% (23/30) with no adverse events and malfunctions of the device. The study concluded that the device is safe and effective for inducing ejaculation in men with SCI.

Retarded orgasm is another condition that can lead to difficulty in achieving orgasm and ejaculation and is one of the most stubborn forms of male sexual dysfunction. At present, there is no evidence based treatments that can help to improve this condition. In a study conducted on 36 patients having complete inability to achieve an orgasm during sexual relations in previous 3 months, were instructed to use the penile vibratory stimulation. The responses were then assessed at baseline, 3 months and 6 months. The restoration of orgasm was achieved in 72% of the cases and orgasm during sexual relations reportedly occurred 62% of the time. This kind of orgasm gain persisted till 6 months. The study concluded by stating that penile vibratory stimulation is an effective means for treating retarded orgasm and the device should be coupled with cognitive-behavioral sex therapy techniques for achieving maximum effectiveness and satisfaction.

In men without ED, all nerves, muscles and vessels responsible for erection are well synchronised and work in harmony for achieving optimal ejaculation. However, in people with erectile dysfunction this synchronisation doesn't work well and this is where Viberect plays a critical role and imitates rapid and repetitive manual or vaginal penis stimulation, an important aspect of sexual behavior in humans and higher mammals. Concurrent vibratory stimulation of both penis surfaces at higher frequency (70-110 hertz) for 7-10 minutes can provide erection of penis and ejaculation.

A study conducted in 68 patients with ED evaluated penile blood flow parameters induced by Viberect as compared to intracavernosal injection (ICI) of prostaglandin E1 (PGE1) using color duplex Doppler ultrasound (CDDU) technology. The Viberect stimulation was performed at frequency of 70 hertz at an amplitude of 2mm for 6 minutes, which was then followed by immediate evaluation by CDDU according to Doppler ultrasound protocol. Once flaccidity was obtained, ICI using 7-15 mcg PEG1 was administered and CDDU repeated. Increased peak systolic velocity (90% tumescence; 60-70% rigidity) as compared to ICI was seen in 29 patients. 17 patients showed 80% tumescence and 30-40% rigidity with Viberect as compared to ICI. There were only 7 patients that showed poor erection with Viberect. No complaints of pain, priapism or adverse effects were seen on use of Viberect. The study thus concluded stating that Viberect provides similar blood flow and erection responses as seen by ICI in patients undergoing CDDU evaluation and the device is safe, convenient and well-tolerated modality for CDDU.

Viberect can also be used safely and successfully as a part of daily erection recovery process in men that have undergone treatment for prostate cancer (including prostatectomy, hormone and brachytherapy). The device can be used by most men as soon as surgery is over or even one month prior.

Benefits of using Viberect are collective and not immediate. It takes only 30 seconds for a nerve to get damaged; however its recovery could take many months. Concurrent stimulation of both sides of penis is essential for optimum response. The science behind Viberect and Vibratory Stimulation Treatment erection of penis is nerve reflex. Millions of nerve receptors that line penis surface, if stimulated, trigger the spinal cord and brain to start a process that can lead to penile erection, firmness and ejaculation. At a specific frequency and amplitude, Viberect can safely stimulate these centres. With the help of gentle and painless vibrations this device can initiate blood flow in the penis and stimulate muscles that can keep it longer and thereby making it more rigid.

Viberect-X3 as indicated by FDA is a Class II medical device for home and clinical use, for provoking penile erection in men having erectile dysfunction and also for those men who suffer from spinal cord injury and ejaculation therefore does not take place. The device has been claimed to be safe and easy to use.