Urinary tract infection (UTI) is found to affect nearly half of all women but a quarter of them could get the infection again after 6 months, according to a study by a research team from the University School of Medicine, St. Louis. The study published in PLOS Pathogens has identified a particular type of vaginal bacteria which infects the urinary tract.

Urinary tract infections occur when bacteria present in the bowel move into the urinary tract. These infections record an incidence of more than 8.1 million every year with a prevalence of 10 among 25 women and 3 among 25 men.
Vaginal Bacterium Found To Trigger Recurrent Urinary Tract Infection


‘After initial UTI, Ecoli are present in reservoirs in the bladder and are triggered by Gardnerella vaginalis , leading to recurrence of UTI.’


The infections may be treated with an antibiotic but there could be a recurrence. It has been found that E.Coli is found to cause UTI in 80% of sexually active women. It was always believed that there was a re-occurrence of UTI when E.coli was re-introduced into the urinary tract.

Finding the Trigger for Recurrence of E.coli Infection:

In the study, the bladders of female mice were infected with E.coli by the scientists, which lead to UTI. The scientists waited for the mice to recover from the infection. At the end of this stage the scientists found that there was no E.coli present in the urine.

However, earlier studies had shown that E.coli populations, though small in number, still persisted in the bladder and were undetectable in the urine.

In the next stage of the study, the scientists introduced

The scientists found that
The study found that though there was no re-introduction of E.coli into the mice, they began to grow from reservoirs that were present in the bladder. Another significant finding of the study involved the movement of E.coli from the bladder into the urinary tract and finally into the kidneys. This movement into the kidney led to a serious kidney infection. This correlated with kidney infection in about 1% of women, which lead to serious kidney complications.
G. vaginalis has emerged as a significant contributor to the development of UTI, triggering the E.coli into re-emerging from the reservoirs in the bladder. Therefore, during routine urine examination for UTI, laboratory technicians should also look for the presence of G. vaginalis as a sign of impending UTI.

NIST Cell Membrane Model may Help Detect Protein Associated With Bacterial Vaginosis
A NIST-developed model of a simplified cell membrane has been discovered by researchers, which may now accurately detect and measure protein associated with bacterial vaginosis
READ MORE 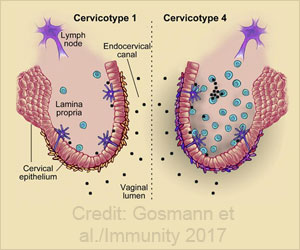