A new study by scientists at Northwestern University has found that the human uterus can be bioengineered by using stem cells and this could revolutionize the treatment of conditions such as endometriosis, endometrial cancer, and uterine-factor infertility.

The study is the first of its kind that reports the use of induced pluripotent stem (iPS) cells that can be reprogrammed to produce uterine cells in humans. These iPS cells can be bioengineered from adult stem cells present in the patient's own body and used to replace cells that have been damaged due to disease. These cells are recognized by the immune system as "self" and not "foreign", as a result of which they can be used for auto-transplantation into the same person. Therefore, these healthy uterine cells can be used to replace the diseased endometrial tissue, without being rejected by the immune system.
Uterus Bioengineering Using Stem Cells May Help Treat Endometriosis

Stem cells are cells in the body that have the ability to develop into specialized cells. These cells can replace cells and tissues that have been damaged or lost due to disease. Stem cells are of three types:

Endometriosis is a disease in which tissues that normally line the inner layer of the uterus (endometrium) grows outside the uterus on other pelvic organs, such as the ovaries or Fallopian tubes. These tissues thicken and bleed, just like the endometrium during the menstrual cycle. Common symptoms of endometriosis include pain, abnormal periods, and infertility. This chronic gynecological disorder affects approximately 10 percent women of reproductive age worldwide. This amounts to approximately 200 million cases. There is no effective long-term treatment for endometriosis and it can sometimes lead to ovarian cancer.


Why is the Study a Major Breakthrough?

This study has shed new light on how to go about treating endometriosis by replacing the diseased endometrial cells with healthy cells, derived from the woman's own blood or skin.


‘Endometriosis could soon be treated by a new technique that uses stem cells (induced pluripotent stem or iPS cells), which can be reprogrammed to produce healthy uterine cells. These healthy cells will replace the diseased tissue, thereby providing a potential therapeutic approach to cure the disease. This technique could help develop a bioengineered uterus in the future.’
Read More..


Dr. Serdar Bulun, who has over 25 years of experience in developing new treatments for endometriosis and also the senior author of the study, said: "This is huge. We've opened the door to treating endometriosis." He added: "These women with endometriosis start suffering from the disease at a very early age, so we end up seeing young high school girls getting addicted to opioids, which totally destroys their academic potential and social lives."


What is the Impact of the Study on Endometriosis?

In endometriosis, the endometrial cells do not respond to a hormone called progesterone, which is required for implantation of the fertilized ovum in the uterus. As a result, these defective endometrial stromal fibroblasts travel through the Fallopian tubes and then onto the ovaries and other adjacent tissues in the lower abdomen.

Dr. Bulun said: "Now that this study has demonstrated that these cells can be reproduced and respond properly to progesterone, the next step would be to replace the diseased cells in the uterus with these newly programmed, healthy uterine cells."

With rapid improvements in cell-based therapy techniques, it will be possible to replace the defective cells that cause pain and inflammation within the uterus, with normal uterine cells, resulting in alleviation of these symptoms. Importantly, the newly generated endometrial tissue will be more conducive for implantation.

Dr. Bulun is optimistic that in the future it may be possible to generate a whole uterus by this cell-based therapeutic approach, using the patient's own iPS cells.

However, Dr. Bulun cautions: "Uterine transplantation has been tried, but the biggest obstacle to success has been the rejection of someone else's uterus with the patient's immune response. This problem could be solved if a whole uterus can be bioengineered by populating a scaffold with the patient's own iPS cells reprogrammed to form a uterus. However, this is a long shot." 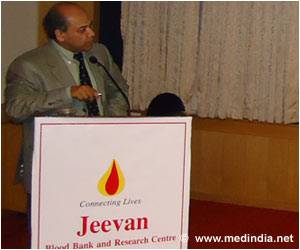 Stem Cell Treatment in India: Expert Highlights Potential and Challenges
Blood stem cell transplantation and stem cell treatment in India, the possibilities and challenges ahead and the need for cord blood banks were discussed at a Jeevan oration meet in Chennai.
READ MORE 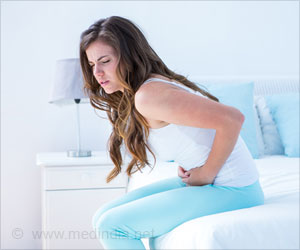