Obesity does not reduce mortality in young patients with diabetes, suggested a research, which was published in the Journal of Diabetes Investigation.

The link between obesity and disease conditions is well known. Obesity increases the risk for conditions like heart attack, heart failure, high blood pressure, diabetes, stroke and sleep apnea. The excess weight puts a lot of stress on the knees resulting in osteoarthritis. The increasing incidence of obesity in children is of particular concern and calls for remedial measures to improve the daily diet and physical activity of kids.
The Obesity-Mortality Paradox Re-visited


Obesity increases insulin resistance, that is, it reduces the effectiveness of insulin, and therefore predisposes to type 2 diabetes. In fact, regular exercise and weight reduction can bring the glucose levels back to normal in individuals with borderline diabetes.


‘The theory that obesity reduces death rate is under the scanner and remains controversial till definitive evidence is available.’


Obesity is defined in terms of the body mass index (BMI), which is the ratio of weight to height. A BMI of more than 30 is considered as obese, while a BMI of between 18.5 and 25 is considered as normal. A BMI of between 25 and 30 is included in the overweight group. It is important to note here, that the BMI does not differentiate between the weights due to bone and muscle mass, and that due to fat. Going purely by BMI, a bodybuilder could fall in the "obese" group!

The obesity paradox has been a point of discussion in the medical world in the recent years. The once dreaded obesity has been suggested to actually reduce the death rates as compared to individuals with normal weight.

Researchers studied if obesity could reduce death rates in patients with diabetes. They compiled information from twenty studies which covered around two hundred thousand patients. They found that:
Before you decide that it is best for you to put on weight, please note that the researchers themselves feel there could be a problem with the results due to various factors which may include:
The past studies that were evaluated also had several pitfalls.
Thus, at least for now, nothing beats lifestyle changes that include a healthy diet, adequate exercise and reduced stress to keep yourself healthy and happy!
Reference :

New Adolescent Obesity Indicator More Accurate Than BMI
Despite prior evidence that body mass index does not work well in adolescents, it is the standard tool used to screen for obesity in both children and adults.
READ MORE 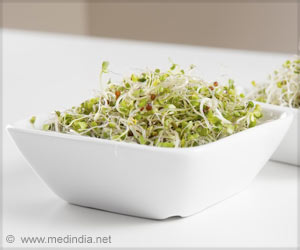