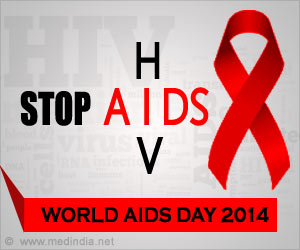 Acquired Immune Deficiency syndrome (AIDS), caused by the Human Immunodeficiency Virus (HIV), is a disease that affects the human immune system. In due course of the infection, the virus interferes more and more with the immune system, making the person much more susceptible to common diseases like tuberculosis, as well as opportunistic infections and tumors which could result in death of the patient.

HIV is transmitted primarily through unprotected sexual intercourse, contaminated, blood transfusions, hypodermic needles and from mother to child during pregnancy, delivery or breastfeeding. HIV/AIDS is a global pandemic. In India, the prevalence of AIDS has reduced down to 0.3 percent, which means an estimated 2.1 million people are infected. Less than 25% of HIV positive individuals receive Anti-Retroviral Therapy (ART) due to frequent drug shortage. There is little access to HIV testing and often a scarcity of testing kits at counseling and testing centers. However, one of the most significant challenges India faces is the stigma attached to HIV/AIDS patients, where they are ostracized from the society.


AIDS Healthcare Foundation (AHF) is a Los Angeles based nonprofit organization, which provides cutting-edge medicine and advocacy to over 350,000 HIV patients in 36 countries. They are the largest provider of HIV/AIDS medical care in the U.S.A with the mission to rid the world of HIV/AIDS. They began their work in India in 2004 and have since become a pre-eminent AIDS organization. In 2006, AHF India Cares became the first to offer free ART for those who had developed resistance to certain medications, by establishing the Centre of Excellence ART clinic in New Delhi. Dr. Nochiketa Mohanty is the Country Program Manager for AHF India Cares. Dr. Mohanty holds a degree in MBBS from Sambalpur University and MPH as well as an MBA degree from the University of Alabama, Birmingham, USA. He has been a key asset to AHF India through his academic experience and understanding of public health, business administration and community medicine and represents the organization internationally.

Medindia interviewed Dr. Mohanty, who shared a few insights from the workings of AHF India, the pertinent issues the organization faces and the extent of success of the many ambitious AHF programs.

Excerpts from the interview:
There was no hype. Before treatment became available, people were dying of AIDS because of the stigma and fear of the then-unknown deadly disease that was untreatable. AIDS is no longer a death sentence, but millions of people still die every year because of AIDS-related causes. The epidemic and the global crises that it represents are certainly not over, though there is still a pervasive and dangerous sense of complacency as if it's behind us.
South Africa has 6 million people living with HIV/AIDS, the most in any country.
Bureaucracy, corruption, outdated policies, lack of political and financial commitment by governments, discriminatory laws towards people living with HIV/AIDS and high risk groups also homophobia, stigma, poorly developed infrastructure and the lack of healthcare workers.
20×20 is a global campaign to up-scale access to Anti-Retroviral Therapy (ART) for at least 20 million people by the year 2020. Currently only 12 million people out of 35 million are on ART, which is far too low. Millions of people still die of AIDS-related causes every year because they cannot get the medicine they need.

Investing in up scaling of treatment will yield humanitarian and economic benefits that far outweigh the initial costs. This is the chief aim of 20×20, which would spark a renewed vision. The present global mindset and interpretation that the AIDS response is a burden should be changed, as it is a smart long-term investment that will pave the way to ending AIDS, boosting economic growth and saving millions of lives, which is possible with the campaign.
India has been called the pharmacy of the world for its vital role in supplying affordable medicines to the developing world. The country's generic pharmaceutical industry was responsible for a 10-fold decrease in the price of antiretroviral therapy in the 1990s, which made life-saving treatment accessible to millions of people living with HIV/AIDS across the developing world.But, now this progressive position is increasingly under attack as a result of continued pressure on intellectual property enforcement from the US and the EU. A stronger stand needs to be taken by the government keeping the interest of the public in view so that flexibilities existing in the current Intellectual Property Laws are not affected.
Our first goal was to start the conversation and get public attention  judging by the overwhelming response, we've succeeded to a certain extent, but the issue is far from being resolved and we'll keep pressurizing the government until the caps are restored.
The update on this issue is that NPPA (National Pharmaceutical Pricing Authority) has drafted a new list including those non-listed medicines in the NLEM (National List of Essential Medicines). The acceptance of this draft will definitely bring relief to many who are unable to afford these medicines and will definitely be an accomplishment for the NPPA and dawn a new day in the drug pricing standards of essential medicines.

Testing policies must be streamlined and brought in line with the modern best practices, such as the use of two rapid tests to establish a diagnosis instead of using blood draw and slow lab tests that take up to a week for results. Testing must be scaled up across India in a major way. The treatment initiation threshold should be brought in line with the WHO recommendations, so that people can start treatment sooner when their CD4 count is 500, instead of the current 350. India must maintain a strong stance on prioritizing access to essential medicines over granting patents to pharmaceutical companies. Condoms should be widely promoted and freely distributed as the most cost effective way to prevent new infections.
While technically, the Government ART centres provide free access to all including the LGBT, Commercial sex worker and IDU communities, it needs to be understood that there is a stigma associated with these communities. Sometimes, the community members face discrimination in the hospitals from the OCTC/ART personnel due to the stigma associated with their gender/ profession/ risk behavior and sometimes from the ambience even if it may not actually exist. Also, there is a felt loss of confidentiality in the Government centres due to crowded attendance. This factor affects the LGBT and Commercial Sex workers more as their livelihood is dependent on confidentiality, i.e., if a community member is aware of their HIV status, they may lose their livelihood as the word may go out and they may be ostracized.

While the AHF Testing vans and partner sites provide an alternate avenue for HIV testing for these communities, AHF clinics in New Delhi and Mumbai provide the ambience and confidentiality sought by these communities. As a part of our MOONLIGHT project (Mainstreaming Out of Network Lesbian Intersex Gay Hijra and Transgender), the AHF New Delhi clinic and Testing facilities are also accessible in the late evening hours till 10 PM from Monday to Saturday, which enhances the accessibility of testing and treatment services for these communities who tend to be more available during after-hours slots. 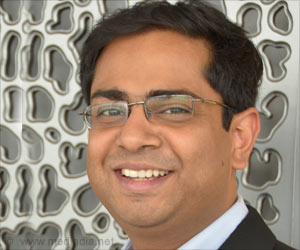