Study on Impact of Elements in Water on the Diversity of Water Mites (Acari, Hydrachnidia) Species 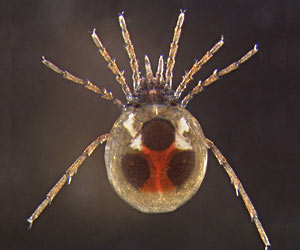 A study was conducted to examine and analyze the distribution and relationships of water elements and model water mite species such as Acari and Hydrachnidia in two different lakes in Turkey. The two lakes - Eber and Karamık are located in Afyonkarahisar province. Both lakes have a similar geomorphological formation and the water depths in both are in the range of 1 to 3 meters.

Water mite fauna were first determined in both these lakes. Eber Lake is a tectonic lake (formed by the movements in the earth's crust creating basins) which is polluted due to the high amount of domestic sewage coming via Akarçay stream. Various algae are found on the surface of this lake. Karamik Lake is also a shallow lake that is found to be covered with reeds and marsh areas.


In the study, water mites were chosen as model species since they are considered as a significant biological indicator organism in order to determine clean water source. Water samples containing the water mites were taken from two parallel points of each lake at particular intervals. They were analyzed with ICP ((ICP-OES Instrument Spectro Genesis Fee, Germany) equipment to determine water characteristics and the amount of contained elements in both lakes.

The lake formations, geomorphologic characteristics, ecosystems and climatic conditions of both the lakes were also studied. The results of the analysis showed that Karamik Lake had 21 water mite species as compared to 8 for Eber Lake. It should be noted that water mite species in Karamik Lake were taken from various levels and depths whereas for Eber Lake, they were mainly from areas close to the surface of water.

The study also revealed intense eutrophication and pollution in Eber Lake due to excessive nitrogen and phosphate domestic waste in the water. However, no significant eutrophication was observed in Karamik Lake since there was no domestic and industrial waste discharged into it.

The correlation values between distribution of water mite species and other elements turned out to be positive and again insignificant (0.256). From the results it could be concluded that the amount of elements in lake waters is too insignificant to limit the habitats of the creatures and their impact level is very low.

The study showed that heavy metals restricting the lives of living creatures is quite low, thus indicating that there is no negative impact on living creatures. From the results, it could be concluded that change in the lake water composition was not a significant determining factor in the number of species and diversities of water mites and the amount of values contained in the water is not sufficient to have a negative impact on the species.

Earth's Biodiversity At Stake by Loss of Even One Species
University of California scientists have revealed how to safeguard the planet's biodiversity.
READ MORE 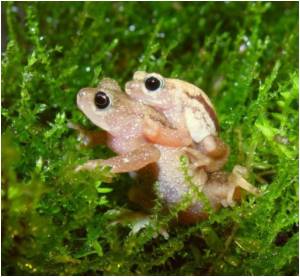 Reductions in Biodiversity can Elevate Disease Risk
Having an abundance and diversity of predators - such as dragonflies, damselflies and aquatic bugs - to eat parasites is good for the health of amphibians, a group of animals experiencing worldwide population declines.
READ MORE

World Will Miss The Target For Reducing The Rate Of Biodiversity Loss By 2010
According to experts convening in Cape Town for a landmark conference devoted to biodiversity science, the world will miss its agreed target to stem biodiversity loss by next year.
READ MORE

UN Launches Biodiversity Year With Plea To Save World's Ecosystems
The United Nations formally launched on Monday the International Biodiversity Year with a fervent plea to save the world's ecosystems.
READ MORE

Water - Nutrient that Beats the HeatTips for Healthy Fasting During RamadhanWater Matters: Why You Need to Drink Enough Water Everyday
Sign up for Wellness Consult a Doctor Sign up for Selfcare