Stomach Tissue Grown In Petri Dish for the First Time

A human stomach that produce acid and digestive enzymes were grown in a Petri dish using pluripotent stem cells by a research team from Cincinnati's Children's Hospital Medical Centre.

The study was published in Nature online and it included details about the researchers growing the stomach from the corpus/fundus region. Prior to this study, the same group of researchers had grown a hormone producing region of the stomach called the antrum.
Stomach Tissue Grown In Petri Dish for the First Time

The successful growth of these stomach tissues in a Petri dish highlights a whole range of new possibilities that can now be achieved. It will help people understand the developmental process involved in stomach tissue growth, it can be used to understand the mechanism of disease and can also be used to study new drugs and drug targets.


‘Miniature version of stomach grown in the lab will provide clues to better treatment strategies for gastrointestinal diseases.’


Dr. Jim Wells who is the principal investigator for the study stated that now that they could grow both the antral and the corpus/ fundic type gastric mini organs of humans,It is therefore possible to study interactions between human gastric tissues and identify how they will react to infection, damage as well as to drugs. Such information can be used to study diseases that affect the stomach and also identify the pathway involved in gastric cancer..

The latest study is a continuation of studies that began in the year 2010 by a research team led by Dr. Well when pluripotent stem cells were used to grow human stomach and intestines. The tissues are being used to identify the causes as well as possible treatment involved in human gastrointestinal tract.

As a part of their previous study, the scientists grew human intestine that included an enteric nervous system. These tissues are highly functional and were able to absorb nutrients and display peristalsis, which is the distinctive movement of the intestine to move the food from one end of the GI tract to the other.

Dr. Well's laboratory is also looking intently at understanding how embryonic development which includes the development of stomach, pancreas, esophagus and intestines. The data obtained can also be used for devising treatment strategies for genetic diseases that include Hirschsprung's disease as well as monogenic diabetes.

Beginning of the Study

The growth of mini organs in the lab, also called organoids or miniature versions of organs was initially a daunting task as it posed a lot of conditions. The first step was to identify a culture medium into which mechanical constraints could be applied for the development of the different cells in the organ from stem cells so that they can be organized into layers to form an organ-like structure as opposed to a simple layer of cell aggregates.

The research team under Dr. Well lacked a basic understanding of how stomach developed from the embryonic stage which was a significant challenge for the team. Dr. Wells explained that they could not grow stomach tissue in the Petri dish without first identifying how the stomach grows from the embryo.

The initial step involved the use of mice from which the genetics of embryonic development of stomach was determined, which laid the foundation for the current study on growing stomach tissues.

The scientists, using their study on mice, found out that there was a basic genetic pathway WNT/β-catenin which was vital in determining the development of the corpus/fundus region of mouse stomach tissue that were developed from mouse embryos. This study was used to alter the WNT/β-catenin pathway to grow human fundus mini organs which were developed form pluripotent stem cells.

Dr. Wells and his research team then refined the growth and development process by identifying other pathways which could induce the formation of vital stomach cell types of the fundus region. The cell types that were developed also included major cells like the cells that were involved in the production of the key digestive enzyme pepsin along with parietal cells. The parietal cells are involved in the secretion of hydrochloric acid that is essential for digestion and is also an intrinsic factor that aids the intestines in the absorption of vitamin B-12. This is a key step that is necessary for the production of blood cells as well as for the development of a nervous system which is healthy.

When asked how long it took for the stem to grow into gastric-fundus tissues in a Petri-dish, Dr. Wells responded by saying that it took six weeks.

Benefits of the Study

The stomach tissue mini organs that were grown can be integrated with mini intestine organs to find out how the digestive process occurs and to understand nutrient uptake. The gastrointestinal system can be better visualized which includes analysis of inflammatory diseases, uptake of drugs, studying the effect of helpful microbes along with pathogens. It would provide a better understanding of gastrointestinal mobility disorders. 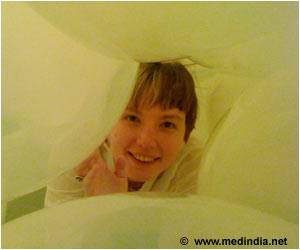 Lab Grown Vocal Cord Tissue Produces Sound When Transplanted into Mice and Dogs
The bio-engineered tissue was grown over the course of two weeks, using healthy vocal fold cells from patients who had these cells removed for unrelated reasons.
READ MORE