Previous studies have shown that elevated level of cholesterol in the body increases the risk for Alzheimer's disease. Therefore, there has been increased focus on lipid lowering drugs or statins, which could act as preventive or therapeutic agents.


‘Statins could aid in cardiovascular health as well as delaying Alzheimers disease.’


Dr. Julie M. Zissimopoulos and colleagues from the University of Southern California, Los Angeles, studied Medicare claims of 400,000 who reported to have been diagnosed with Alzheimer's disease and examined the role of statins in their diagnosis.

The researchers studied the effect of high exposure and low exposure to the following four statins:
Race and the Risk of Alzheimer's Disease

High exposure to statins showed a 15% decrease in Alzheimer's disease (AD) risk in women and 12% decrease among men, with a variation based on race/ ethnicity.


There was no association that was detected between high exposure to statin use and lowered Alzheimer's disease risk in the African-American men.

The authors of the study concluded by saying "This suggests that certain patients, facing multiple, otherwise equal statin alternatives for hyperlipidemia treatment, may reduce AD risk by using a particular statin. The right statin type for the right person at the right time may provide a relatively inexpensive means to less the burden of AD"

Alzheimer's disease is a neurodegenerative disease that usually affects people over 65 years of age, however, there are also incidences of early onset Alzheimer's disease. This condition is characterized by loss in memory and the failure to complete simple chores and tasks. There is a lot of attention that is provided to this disease due to the increased dependency which can affect the quality of life of a senior citizen.

The study on the effect of statins and lowered risk of Alzheimer's disease should bring into focus the following important criteria:
Statins are also found to lead to a large number of effects that could influence the risk for Alzheimer's disease. Statins are found to affect genes that are associated with cell signaling, trafficking and apoptosis. Simvastatin is found to affect 38 genes and pravastatin 21 genes.

The current study was based on data collected as part of Medicare, based on claim requests from patients. It is a good foundation to ascertain a link, but the exact association should be detailed further by using clinical trials. This will help in establishing a causal relationship. 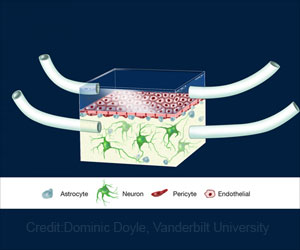