The challenge in treating cancers is the lack of an effective drug-delivery system providing local dosing in controlled amounts. Targeted drug delivery is important to minimize the side effects of cancer treatments. Research has experimented with various carrier vehicles like stem cells and bacteria to act as drug delivery systems. The challenge was for the drug to reach the actual organ without getting diluted by other body fluids. When bacteria were used as carriers, the body's immune system tracked the bacteria down and destroyed them. Scientists Xu et al., from Germany were looking for a viable, self-propelled cell as a safe alternative to carrying drugs into cancer cells.
Sperm-driven Systems for Targeted Drug Delivery in Cancer


In this research, the authors explore a novel bio-carrier which has the potential to deliver targeted drugs in gynecological cancers including cervical, ovarian, vaginal, uterine, vulvar and fallopian tube cancers. Sperms are naturally suited for swimming in the female reproductive tract and presented a viable option. The researchers reported a new hybrid sperm micromotor which consists of a motile sperm for propulsion and used as a drug carrier, and a 3D printed four-armed microtube known as a tetrapod used for guiding and delivering the drug. The researchers loaded motile bovine sperm with an anticancer drug (doxorubicin hydrochloride - DOX-HCl) and guided it to tumor spheroids. They first used it on HeLa cells and then on HeLa spheroids. When the biohybrid micromotor hit the tumor wall, the sperm was freed enabling it to swim into the tumor and deliver the drug via sperm-cancer cell membrane fusion. The researchers found that DOX-HCl was evenly distributed in the HeLa cell clusters indicating high tumor-cell killing efficiency within the first 48 hours.


The researchers found that the sperm cell has the naturally ability to load and deliver drugs. The sperms had high drug encapsulation ability when compared to other biocarriers like liposomes or other synthetic carriers. The sperm cells were also able to improve drug transfer to target cells and increase drug bioavailability because of their somatic cell fusion ability. Sperm hybrid micromotors have the advantage of controlled guiding and release mechanism. These micromotors can deliver drugs to the precise tumor tissue and also avoid accumulation of the drug in other healthy tissues. In their previous research, the authors had showed how micromotors were successfully used to transport and guide single-sperm cells for assisted in vivo fertilization. Their novel micromotor system has all the advantages including self-propulsion, targeted in situ release of drug-loaded sperm, ability to penetrate to the right tissue and high drug loading capacity.

Unlike other microorganisms, sperms do not express disease-causing proteins or form other undesirable colonies. The researchers found that sperms were able to navigate complex environments. Sperms can also remain functional in the body as opposed to other foreign agents because of their ability to inhibit immune response. The qualities of the sperm make it an excellent vehicle for delivering anti-cancer drugs or any other drug especially in diseases of the female reproductive system. The researchers believe sperm-hybrid systems have immense potential for application in situ cancer diagnosis and treatments. 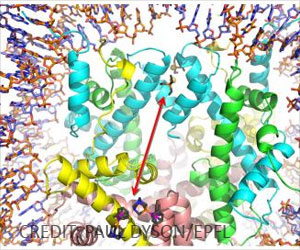