Sequencing of circulating tumor DNA obtained during a blood test in patients with diffuse large B-cell lymphoma can reveal several aspects of the cancer without the need for more invasive tests. This finding was published by researchers from the Stanford University School of Medicine in the Science Translational Medicine.

Diffuse large B-cell lymphoma is a type of blood cancer that affects the B lymphocytes. These cells are a part of the immune system; they are a type of white blood cells that produce antibodies which help to fight various infections.
Simple Blood Test to Monitor Patients With Diffuse Large B-cell Lymphoma


Diffuse large B-cell lymphoma is classified as a type of non-Hodgkin's lymphoma. It produces small swellings all over the body (lymph node swellings) and also affects several other parts of the body. It is more common in adults than in children.


‘Genetic tests on a blood sample could revolutionize the management of diffuse large B-cell lymphoma.’


Diagnosis of diffuse large B-cell lymphoma requires a lymph node biopsy. Treatment is with chemotherapy, radiation and/ or stem cell transplantation. The response to treatment varies with different subtypes of the cancer. While some forms are curable, others are extremely difficult to treat.

Researchers sequenced tiny bits of DNA from the blood of 92 patients with diffuse large B-cell lymphoma. They used a technique called CAPP-Seq to identify several mutations in the tumor gene and have found that they provide the following information:
The use of measurement of circulating tumor DNA levels thus provides an easy method for the diagnosis and determination of the outcome of diffuse large B-cell lymphoma. It permits individualization of treatment and saves the already traumatized patient of the trauma of repeated biopsies. Further studies in this field followed by application of the findings to patients can definitely improve the management of patients with the blood cancer. 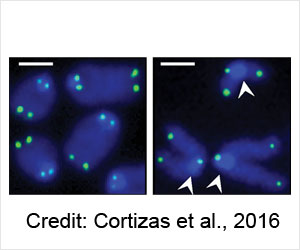