Written by Dr. Lakshmi Venkataraman, MD
Medically Reviewed by The Medindia Medical Review Team on October 24, 2017 at 10:51 AM
Health In Focus

Seventy two commonly occurring gene variants associated with a higher risk of developing breast cancer have been found in the current study undertaken by the OncoArray Consortium, a huge project consisting of 550 scholars from around 300 different institutions across six continents.
Several New Gene Variants That Increase the Risk of Breast Cancer Identified


The key findings of the study appear in the journals Nature and Nature Genetics. Of the seventy two, 65 are common variants that increase the risk of breast cancer and a further seven predispose to estrogen-receptor negative breast cancer, i.e. the subtype of breast cancer that does not respond to the antiestrogen drug tamoxifen.

Most of the breast cancers (nearly 90 percent) are associated with acquired mutations (alterations) in specific genes or combinations of genes during a woman's lifetime. Also, certain genes such as BRCA1 and BRCA2 genes are inherited genes that account for less than 10 percent of all breast cancers. It is thus evident that genetics plays an important part in breast cancer development along with interactions with environmental factors such as diet and lifestyle and exposure to chemicals and toxins.


‘Commonly occurring gene variants are individually associated with only a modest risk of developing breast cancer but presence of many such variants concurrently multiplies the risk manifold.’

The huge project undertaken by the OncoArray Consortium, comprised of 550 scientists from around 300 different institutions spread over six continents. Overall, genetic data from 275,000 women, was analyzed, of whom 146,000 had been diagnosed with breast cancer.

The notable findings of the study included the following:
Professor Doug Easton from the University of Cambridge, one of the lead investigators on the study, says: "These findings add significantly to our understanding of the inherited basis of breast cancer. As well as identifying new genetic variants, we have also confirmed many that we had previously suspected. There are some clear patterns in the genetic variants that should help us understand why some women are predisposed to breast cancer, and which genes and mechanisms are involved."

Adds Professor Peter Kraft at Harvard TH Chan School of Public Health, USA, says: "Given the size of these studies, we expected that we would find a lot of new breast cancer risk variants, but the studies tell us a lot more about which genes are involved, revealing many previously unsuspected genes and genetic mechanisms underlying breast carcinogenesis.

This should provide guidance for a lot of future research."

The findings of the study have a lot of far reaching implications and applications including
It was estimated that one percent of women have a risk of breast cancer 3 times more than the population at large. In this manner, larger differences in risk may be shown if the genetic variants are combined with other hormonal and lifestyle factors that influence breast cancer risk.
In the words of Professor Jacques Simard at Université Laval, Quebec city, Canada "These (high risk) women may benefit from more intensive screening, starting at a younger age, or using more sensitive screening techniques, allowing early detection and prevention of the disease. At the same time, this personalised information will also be useful to adapt screening modalities for women at substantially lower risk."

In conclusion the findings of this study could well be a turning point in breast cancer research and guide many future research activities as well.
References :
Source: Medindia 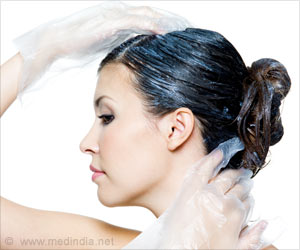 Hair Dyes, Contraceptives May Increase Breast Cancer Risk
Girls might want to rethink before coloring their hair the next time, as it increases the risk of breast cancer.
READ MORE

Obesity Promotes Breast Cancer
Obesity promotes cancer by releasing cytokines into the bloodstream which impact the metabolism of breast cancer cells, making them more aggressive as a result.
READ MORE