Teenage girls may be more vulnerable to the adverse effects of secondhand smoke when compared to boys of the same age, shows study.


Secondhand smoke or passive smoke is not only hazardous for the smokers but also for non-smokers. Recently a research published in the Journal of Clinical Endocrinology & Metabolism (JCEM), has highlighted an important fact that passive exposure to harmful cigarette smoke is highly dangerous for teenage girls as compared to teenage boys.

The scientists at the University of Australia have analyzed 1,057 non-smoker teenagers who were born between 1989 and 1992. The blood samples of all the male and female teens were collected and were chemically analyzed for the levels of 'good' cholesterol or high density cholesterol (HDL).

HDL or good cholesterol is beneficial for us as it removes surplus cholesterol from the blood circulation while LDL or bad cholesterol enhances the deposition of cholesterol in the blood vessels. The experts also collected information about smoking in the teens 'households beginning before they were born, when their mothers were 18 weeks into their pregnancies'.

The experts noted that about 40 percent of teenagers who were exposed to secondhand smoke were at the threat of developing health hazards.

Dr. Chi Le-Ha, of the University of Western Australia and the lead author of the study mentioned, "In our study, we found 17-year-old girls raised in households where passive smoking occurred were more likely to experience declines in HDL cholesterol levels."

Dr. Le-ha further said, "Secondhand smoke did not have the same impact on teenage boys of the same age, which suggests passive smoking exposure may be more harmful to girls. Considering cardiovascular disease is the leading cause of death in women in the Western world, this is a serious concern." The study findings suggested that exposure to secondhand smoke poses a greater threat for teenage girls as compared to teenage boys.

Dr. Le Ha firmly said, "We need to redouble public health efforts to reduce young children's secondhand smoke exposure in the home, particularly girls' exposure." According to scientists secondhand smoke can increase the threat of high blood pressure in infants and can adversely affect individual's genes. SHS can even cause dementia.

The scientists said that further research was required to identify why secondhand smoke has different roles in teenage girls compared to teenage boys.

Smoking in Cars Poses a Huge Problem of Second-hand Smoke
Breathing second hand smoke, while travelling in cars is a cause of concern, especially for kids.
READ MORE 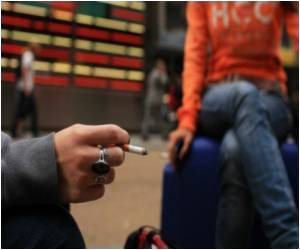 Disease-causing Secondhand Smoke is a High Risk for Air Travelers
A report by the Centers for Disease Control and Prevention says that one in four of the largest U.S. airports still allows smoking indoors, potentially exposing travelers
READ MORE 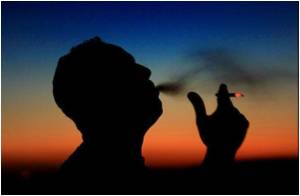