Probiotics are beneficial microorganisms that not only help in the proper functioning of digestive tract but also reduce the presence of harmful microbes in the intestinal tract. 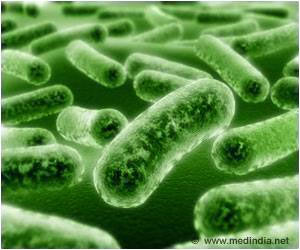 Recurrent diarrhea occurs following treatment with broad-spectrum of antibiotics such as metronidazole, vancomycin and nitazoxanide. They destroy the naturally occurring good bacteria in the intestine.

Antibiotic-associated diarrhea and Clostridium difficile diarrhea can be treated quite effectively with 'probiotic'-the oral form of good bacteria.

Earlier studies have revealed the importance of probiotics in reducing the occurrence of antibiotic-associated diarrhea (AAD).

During the trial, the patients were administered probiotics for the entire duration of antibiotic treatment. Around 43 studies were carried out involving 4138 patients.

Probiotics should not be purported to yield beneficial effects only, they are often associated with some harmful effects in immune-compromised patients.

Thus, it can be said that the preventive effects of probiotics in antibiotics-associated diarrhea is relatively consistent in various probiotic species used, paediatric and adult population and different antibiotic regimens.

Management of acute diarrhea is directed at preventing or treating dehydration that so often accompanies the disease. Treatment of a child with diarrhea is based on presence or absence of dehydration.

The risk of developing diarrhea can be reduced by taking probiotics, shows study.

Treatment for Colorectal Cancers may involve surgery,chemotherapy, radiation therapy or biological therapy. Some people require a combination of treatments.

Crohns disease or regional enteritis is an inflammatory bowel disease that involves the small intestine and causes abdominal pain, diarrhea and bleeding.

Diarrhea is one of the most common causes of dehydration and death in children. Diarrhea may be acute or chronic depending on the duration of symptoms.

Norovirus or winter vomiting bug, the virus that spoils your vacation, is the leading cause of food-borne disease and a major cause of food contamination.

Probiotics are live microorganisms that resemble the good bacteria in our gut. Science is yet to fully explore the healing potential of probiotics; meanwhile some studies have ruled in their favor.

Past studies have linked dairy foods to good bone health. Nevertheless newer studies are being published and a plethora of other benefits are being associated with dairy food consumption.