Recurrence of Venous Thromboembolism can be Checked By Aspirin

Aspirin can reduce the risk of recurrence of venous thromboembolism in patients undergoing anticoagulant therapy.

Dr. Cecilia Becattini et al at the University of Perugia, Italy, conducted a randomized, placebo-controlled study that was published in New England Journal of Medicine 2012. The study focused on highlighting the role of aspirin in reducing the risk of recurrence of venous thromboembolism.

The eligible volunteers were aged above 18 years and had taken vitamin K antagonist for 6 to 18 months.


During the study, aspirin was administered to patients taking oral anticoagulant treatment. They showed 42 percent decrease in the recurrence rate as compared to those on placebo.

Patients with conditions like thrombophilia were not taken for study purposes.

Aspirin was not involved in increasing the rate of major bleeding compared with placebo.

Past researches have revealed that after stoppage of oral anticoagulant therapy, venous thromboembolism has high risk of recurrence. This recent study has shown the effectiveness of aspirin in checking the recurrence of thromboembolism.

Dr. Richard C. Becker mentioned, "On the basis of the available evidence, patients with unprovoked venous thromboembolism who are at low to moderate risk for bleeding are expected to derive the greatest overall benefit from extending anticoagulant therapy."

Venous thrombi include both pulmonary thrombi and deep-vein thrombi and consist of platelets, layers of fibrin, leukocytes, and red blood cells. They usually occur in stationary patients having decreased oxygen tension.

Aspirin is the best option for the management of venous thromboembolism. Some other options are oral factor Xa inhibitor rivaroxaban (Bayer, Xarelto) and the oral thrombin inhibitor dabigatran (Pradaxa, Boehringer Ingelheim).

The experts explained that low density warfarin is also effective in reducing the recurrence risk by 64 percent as compared to placebo.

It was concluded that aspirin was effective in preventing the recurrence of venous thromboembolism without any associated risk of bleeding.

New Drug Better Than Aspirin in Preventing Stroke in Patients With Atrial Fibrillation
A new experimental anti-clotting drug called Apixaban has been found to be efficient in reducing the risk of stroke in patients.
READ MORE 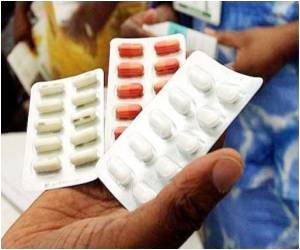