Genetic influence on coronary heart disease has been a source of intense study over the past few years. The most significant single nucleotide polymorphism (SNP) that has been associated with myocardial infarction, revascularization or angina has been the mutation at chromosome 9p21.


Association Between SNP at 9p21 and Cardiovascular Disease

George Hindy and colleagues from Lund University, Sweden studied the effect of dietary factors like intake of high volume of vegetables and consumption of wine on increased cardiovascular risk among people with 9p21 single nucleotide polymorphism rs4977574. The study showed that people who carried the mutation rs4977574 showed an increased risk for cardiovascular disease among people who consumed moderate to high level of vegetables and little or no consumption of wine. Further, among individuals who carried the risk allele, there was an elevated level of HbA1C for those who consumed low level of vegetables.

Michael A. Zulyniak and colleagues from McMaster University studied the effect of two different types of diet on the risk of cardiovascular disease among people with 9p21 SNP. This study titled "A randomized controlled trial of the effects of a prudent diet on cardiovascular risk factors, gene expression, and DNA methylation - the Diet and Genetic Intervention (DIGEST) Pilot study" was published in BMC Nutrition.

The study participants were allowed to make their own meals based on their taste and preferences for spices. Cooking fat and ingredients were provided along with recommended meal preparation guide.

Prudent Diet Western Diet Both the diets were considered to be palatable to the study participants. The period of study was selected to be 2 weeks to understand the initial effects of these nutritional interventions.

The results of the study showed that there was a slight lowering of the risk for cardiovascular disease along with small changes to the body composition for those participants following the prudent diet. This shows that epigenetic factors play a role in cardiovascular health.

A leading cardiologist from Chennai, Dr Parthasarathy Harikrishnan had this to say about the study and the benefits of eating a diet rich in fruits and vegetables " This is a very good study proving once again that modifying our lifestyle in the form of PRUDENT DIET, lowers traditional cardiovascular risk factors in the form of reduced blood pressure and reduced bad cholesterol levels. This once again underlines the fact that " WE DO NOT NEED TO DIET BUT SHOULD EAT RIGHT"." 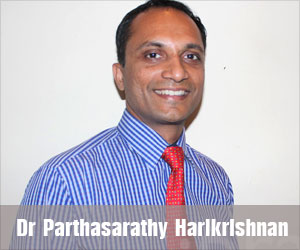 Dr Harikrishnan believes that the PRUDENT diet is a good diet and that "The PRUDENT DIET with high fruit and veg content with low saturated fat content should be followed from childhood and adults should set an example to children. This study underlines this concept and proves that this is true even in those with high cardiovascular risk in the form of genetic polymorphism at 9p21."

Commenting on the Indian scenario, Dr Harikrishnan feels "In the Indian concept we should avoid blindly copying the Western diet and eat healthy Indian food along with plenty of fruits and vegetables. Plenty of exercises should be undertaken and incorporated as part of our day to day routine."