Probiotics are live microorganisms like lactobacilli that, when taken orally, improve the microbial balance in the digestive tract and show beneficial effects in a number of conditions. They have been found to have cholesterol lowering properties, anticancer effects, and beneficial effects in lactose intolerance, allergy, constipation, and acute viral diarrhea among other conditions. Lactobacillus acidophilus, Bifidobacterium bifidum and Saccharomyces boulardii are among the commonly used bacteria in probiotics. They are available either individually or in combination.

What is necrotizing enterocolitis?

Necrotizing enterocolitis is a condition that completely damages the intestines often resulting in death of the infant. This condition is seen more often in preterm infants being cared for in an intensive care unit. Though the exact reason for the necrotizing enterocolitis is not known, lack of blood supply to the intestines may be responsible. Bacterial infection may also play a role.


What are the recent guidelines for the use of probiotics in preterm infants?

Studies indicate that probiotics play a role in the prevention of the development of necrotizing enterocolitis in premature babies, thus reducing the number of deaths in this population.

Recent guidelines for the use of probiotics in preterm infants (infants born before 37 weeks) were published in the BMC Medicine journal. Some salient features of the guidelines are listed below:

 Based on various published studies, the guidelines suggest that probiotics containing bifidobacteria and lactobacilli are the best choice in preterm infants. This combination has been found to promote the growth of lactic-acid bacteria within the infant's digestive tract. It is however, not entirely clear whether the use of multiple strains may be more beneficial than single strains. Combinations may be used only if they have been well tested before. Studies also indicate that Lactobacillus GG and Bifidobacterium animalis (subspecies lactis) may not be useful in preventing necrotizing enterocolitis; the use of these probiotic strains alone should be avoided in preterm infants pending further studies.

 The dose of probiotics in preterm infants is not yet clearly defined and should be extrapolated from studies that have demonstrated an effect of the probiotic.

 Probiotics should be administered as early as possible in preterm infants. This is to ensure bacterial colonization with the desired bacteria before the gut is invaded by pathogenic bacteria.

 The probiotic supplementation may be stopped once the infant has reached a corrected gestational age of 36 to 37 weeks. At this age, the chances of digestive tract complications due to prematurity tend to reduce.

 The probiotic supplementation should also be stopped during an acute illness like severe infection or sepsis. This is due to lack of evidence whether the probiotic would be safe in this condition.

 The infant should be monitored for adverse effects like abdominal distension, flatulence, diarrhea, vomiting, and probiotic sepsis (severe infection caused by the probiotic).

Probiotics Could Help Treat Recurrent Urinary Tract Infections
A recent study suggests that the probiotic may reduce the rate of recurrent urinary tract infections in women prone to these infections.
READ MORE

Probiotics are an Ally in the Fight Against Obesity
A new study suggests that including probiotics in your daily diet could not only help in the fight against obesity but also reduce low level inflammation.
READ MORE 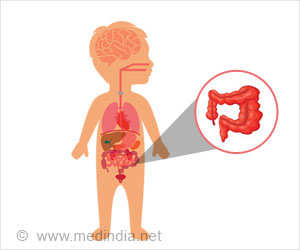 Enterocolitis
Enterocolitis is referred to as inflammation of the small intestine as well as the colon. It affects both adults and children but infants are most commonly affected.
READ MORE