Written by Anjali Aryamvally, B.Tech (Genetic Engineering)
Article Reviewed by The Medindia Medical Review Team on May 19, 2018 at 3:56 PM
Health In Focus

A new machine-learning-based algorithm can help save lives by accurately predicting the life expectancy of patients who have had a heart failure. The algorithm was developed by a research team at UCLA led by Mihaela van der Schaar, Chancellor's Professor of Electrical and Computer Engineering at the UCLA Samueli School of Engineering. The study is published in the journal PLOS One.

The algorithm called Trees of Predictors, uses machine learning, which means that computers effectively "learn" from additional new data over time. Fifty three data points are taken into account to address differences between potential heart donors and recipients. 33 of the data points relate to information about the potential recipients, 14 pertain to the donors and 6 apply to the compatibility between donor and recipient. The data points include analysis of age, gender, body mass index, blood type and blood chemistry.
Predicting Life Expectancy After Heart Failure With New Algorithm


What does the algorithm do?

The algorithm uses the 53 data points to predict how long people with heart failure will live, based on whether they receive a transplant or not. The algorithm may allow doctors to personalize treatments for people awaiting heart transplants.


"Our work suggests that more lives could be saved with the application of this new machine-learning-based algorithm," said Van der Schaar, a Turing Fellow at the Alan Turing Institute in London, and the Man Professor at University of Oxford. "It would be especially useful for determining which patients need heart transplants most urgently and which patients are good candidates for bridge therapies such as implanted mechanical-assist devices."

How the algorithm performed compared to current methods

The research team tested the new algorithm on 30 years of data of people registered with the United Network for Organ Sharing, an organization that matches donors and transplant recipients in the U.S.

It was observed that the algorithm provided significantly better predictions for how long a patient would live for compared to current methods that health care providers use.

"Following this method, we are able to identify a significant number of patients who are good transplant candidates but were not identified as such by traditional approaches," said Dr. Martin Cadeiras, a cardiologist at the David Geffen School of Medicine at UCLA. "This methodology better resembles the human thinking process by allowing multiple alternative solutions for the same problem but taking into consideration the variability of each individual." 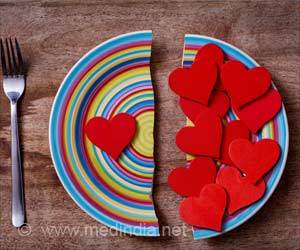 Defect in Fatty Acid Signaling Molecule Can Cause Heart Failure
A shift in the metabolism of fatty acids as the energy source to carbohydrates causes congestive heart failure.
READ MORE