Scientists at the International AIDS Vaccine Initiative (IAVI) and The Scripps Research Institute (TSRI) have new data to show that some human beings living with HIV generate powerful, HIV-blocking antibodies. This research has been published in Immunity and offers important insight into a potential AIDS vaccine design.
Potent and Broad HIV-blocking Antibodies Discovered


"Uncovering the process by which neutralizing antibodies develop is critical to HIV vaccine design," said Elise Landais, Senior Research Scientist with IAVI and lead author of the study. "A small fraction of people living with HIV can naturally produce exceptionally powerful and broad antibodies that could prevent HIV from infecting their immune cells, but not until several years post-infection - long after that protection can help them. But it is of enormous interest to vaccine researchers."

Protocol C is an epidemiological study launched in 2006 by IAVI and a wide range of research partners study volunteers in sub-Saharan Africa and South Africa to learn more about how HIV progresses and is transmitted. It comprises of more than 600 volunteers to date who are in the early, acute stages of HIV infections and undergoing antiretroviral therapy (ART- treatment that suppresses HIV replication); these candidates are a high-value resource for vaccine design and development, as well as for cure research. Samples from Protocol C volunteers have been collected and some of them have been shared with researchers around the world.


‘The new findings of powerful neutralizing antibodies against various HIV strains could offer a possible template for vaccine design that would protect healthy people from HIV infection.’


One particular African individual (PC64) infected with HIV subtype-A was selected from the samples; the individual had developed HIV broadly neutralizing antibodies (bnAbs) targeting the vulnerable V2-apex site on HIV's surface. This bnAb type is very potent and has a breadth that can effectively neutralize almost all circulating HIV strains.

A technique called next-generation sequencing was applied to trace the development of bnAbs in reverse. Pictures of the interactions between PC64's immune response and the volunteer's infecting virus were taken over time to retrace bnAb development back to the initiation stage. During this retracing the particular viral changes that promoted the antibody breadth were noted.

There were evolutionary similarities between the virus in PC64 and another virus infecting a volunteer from another study called CAPRISA who developed the same type of bnAbs.

Landais is hopeful that the new findings could offer a possible template for vaccine design that would protect healthy people from HIV infection. Further research is necessary to achieve an optimal design.

Scientists at the IAVI Neutralizing Antibody Center (NAC) at TSRI are using data from IAVI's partner network of clinical research centers in Africa and India, to translate laboratory findings into a workable vaccine and other long-acting HIV prevention.

"Development of new and more effective prevention is paramount to ending the HIV/AIDS epidemic," said IAVI CEO Mark Feinberg. "Of all the tools needed to curb new HIV infections, a vaccine is arguably the most cost-effective and transformative. We're unlikely to end AIDS without one."

Broadly neutralizing, HIV-specific antibodies (bnAbs) are neutralizing antibodies that can neutralize HIV viral strains. They have recently emerged as a novel class of potential therapeutic agents. They can target the HIV envelope (Env) and effectively suppress viral replication. New technological advancements over the last 5 years have led to the isolation of new bnAbs with substantially increased potency and breadth.

The discovery of bnAbs has given us hope of a discovery of a vaccine, not only limited to HIV, but also other rapidly mutating viruses like influenza.

The AIDs-related death scenario is more predominant in the above countries partially due to the unavailability of antriretroviral therapy. Then again, ART is not a permanent cure for HIV infection and is not sufficient to end the global AIDS epidemic.

What individuals living with HIV need is a vaccine that is cost-effective and one that is a permanent cure for the disease.
References :
Source: Medindia 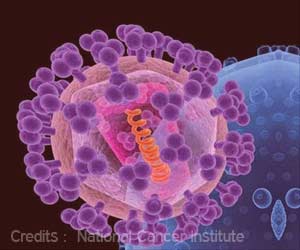 New HIV Vaccine Candidate Molecule Developed
A new sugar-protein molecule elicits a good immune response against the HIV virus in rabbits, and shows potential to be used in a vaccine against the infection
READ MORE 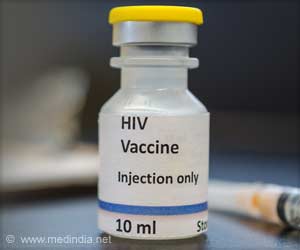 New Strategy for Vaccination Against AIDS
A potential vaccine consisting of two components which boost the immune system and then fights the virus was tested in monkeys.
READ MORE