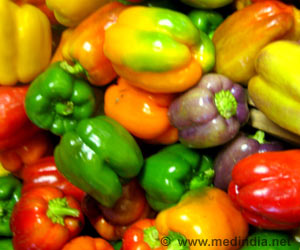 As stated above, cigarette smoking or chewing tobacco cannot be recommended to prevent Parkinson's disease. However, it is possible to obtain nicotine from other sources. Vegetables from the same family as tobacco contain small amounts of nicotine; these include peppers, potatoes and tomatoes. Researchers carried out a study to find out whether eating these vegetables could have a preventive effect on development of Parkinsonism. Their findings were positive and are published in the journal, Annals of Neurology.

Among the vegetables mentioned above, the researchers noted that peppers were associated with at least 30 percent reduced risk of developing Parkinson's disease when taken twice or more per week.


The researchers however could not confirm that the protective effect was due to the nicotine content, or the presence of another less toxic chemical in peppers, which may be equally or more protective than nicotine.

Further large-scale studies will be required before the protective effect of peppers against Parkinson's disease can be established. However, you could still go ahead and use peppers in your food. They will definitely improve the taste of your food for now!

Parkinsons Disease - Surgical Procedure
Parkinson's Disease is a chronic, progressive, brain disorder common among the elderly. It affects coordination between the brain and the muscles
READ MORE

Newer Possible Treatment Approaches for Parkinsons Disease
Researchers at Sweden's Lund University carried out a study on rats to reveal how Parkinson's disease spreads throughout the brain.
READ MORE