Children growing up with at least one parent diagnosed with cancer end up with poorer school grades, educational attainment, and subsequent earning power before the age of 30, according to a linkage study that consisted of more than 1 million Danes, and published online in the Journal of Epidemiology & Community Health.

As the severity of the parent's cancer increases, so does the impact on the child, the findings indicate.
Parental Cancer Affects Their Childrens School Grades and Earning Power


Considering that one in three people will be diagnosed with cancer at some point in their lives and that one in every six survivors of the disease lives with children, the study might be an important one since it has analyzed the subject from the child's point of view.


‘A Danish study found that children who grew up with at least one parent having a positive cancer diagnosis experienced lower grade averages and earning power, indicating that these children might need appropriate emotional and educational support in childhood.’


Study Design and Findings - To Find the Potential Impact on Overall Educational Attainment and Income by the age of 30 of Children Having a Parent with Cancer.

The team measured the final grade point average of 795,160 children born between 1986 and 1999, which was based on a combination of exam results and teacher assessment achieved by ninth grade (around the age of 15).

Researchers obtained the cancer data from the Danish National Patient Registry - to be considered in the study, cancer had to be diagnosed before the child was 18, and for school performance, before the age of 15.

At least one parent of 4-5% of the children population was diagnosed with cancer, with half of them having a five-year survival that was good. The most common types of cancers among the mums were breast, gynecological and skin cancers while the dads were mostly detected with cancers of the prostate, bladder, bowel, lung, and skin.


How the children fared

Children with a parent who had cancer had a moderately increased risk of lower earning power by the age of 30 with the highest risk among children whose parents had a poor chance of surviving 5 years or who died of their cancer.

Overall, children who had been under 5 when the diagnosis of cancer was made were particularly badly affected. This suggests that any impact of parental cancer in early childhood may extend across the life course.

Although this observational study cannot establish cause, the researchers nevertheless explain: "In a life course perspective, parental cancer in childhood could be considered as a potential early life stressor that may increase the health vulnerability to later life exposures, expanding the risk of later social disadvantage and poor adult health."

They conclude that their findings: "may indicate that some children who experience parental cancer would benefit from appropriate support and early educational rehabilitation in [their] teenage years."

Cancer Risk in Neurofibromatosis Patients Due to Mutations
Mutations in NF1 gene among those with neurofibromatosis type 1. Can increase the risk of tumors in the spinal cord, optic nerves.
READ MORE 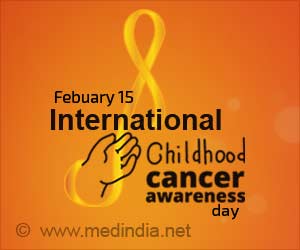