The research findings showed that fecal microbiota transplantation (FMT) from long-term pancreatic cancer survivors led to an alteration of the tumor microbiome in a mouse model of pancreatic cancer. This resulted in stimulation of the immune response, which suppressed tumor growth.
Pancreatic Cancer: Bacteria on Tumors Affect Immunity and Survival of Patients

The study, published in Cell, was led by Dr. Florencia McAllister, MD, who holds joint appointments as Assistant Professor in the Department of Clinical Cancer Prevention and Department of Gastrointestinal Medical Oncology at the University of Texas MD Anderson Cancer Center, Houston, Texas, USA.

What are the Problems Associated with Pancreatic Cancer?

The most common type of pancreatic cancer is pancreatic ductal adenocarcinoma. This type of pancreatic cancer has problems both when it is diagnosed at a late-stage or at an early-stage. On the one hand, when the cancer is diagnosed at a late-stage, only 9 percent of patients survive till five years. On the other hand, when the cancer is detected at an early stage and surgically treated, there is a high recurrence rate, as a result of which the median duration of survival of the patients is only 24-30 months. Moreover, no genomic markers have been identified that can explain the reason for the long-term survival of some of the patients.


What is the Role of Tumor Microbiome on Pancreatic Cancer Survival?

Gut microbiome plays an important role in modulation of cancer immunotherapy. However, it is not known whether the bacterial flora present on tumors - the tumor microbiome - also plays a role in cancer.


‘Bacteria on tumors can affect immune response and survival of patients with pancreatic cancer. Alteration of the tumor microbiome by fecal microbiota transplantation (FMT) can lead to better outcomes.’
Read More..


To answer this question, the research team analyzed the DNA (deoxyribonucleic acid) of bacteria present on tumors from long-term pancreatic cancer survivors and compared it with that from short-term survivors. The study included two independent cohorts - one from MD Anderson Cancer Center and the other from Johns Hopkins University.

These findings, based on bacterial diversity, were independent of other factors such as prior cancer therapy, exposure to antibiotics, and body mass index (BMI). This makes bacterial diversity a good predictor of survival in the case of patients undergoing pancreatic cancer surgery. Moreover, it also acts as an excellent biomarker for monitoring the progression of pancreatic cancer.

Another major finding was that the preponderance of particular bacterial species on the tumors was associated with the duration of survival. For example, long-term survivors had larger numbers of bacteria belonging to the genus Pseudoxanthomonas, Saccharopolyspora, and Streptomyces, as well as the bacterium Bacillus clausii. Presence of these species of bacteria predicted a better outcome for patients in both the MD Anderson and Johns Hopkins cohorts.


What is the Link between Tumor Microbiome and the Immune System?

Tumor microbiome is associated with immunity. Immunohistochemical techniques revealed that in the tumors of long-term pancreatic cancer survivors of both the MD Anderson and Johns Hopkins cohorts, there were greater numbers of T-cells, particularly CD8+ T-cells, which are responsible for cell-mediated immunity. These observations corroborated with previous studies which found that long-term survivors exhibited more vigorous immune responses.
The research team also found that immune cell infiltration was strongly correlated with bacterial diversity of the tumors. Moreover, immune cell infiltration and T-cell activation were strongly linked to the abundance of the three types of bacteria detected on the surface of tumors of long-term pancreatic cancer survivors.


Can Tumor Microbiome be Altered by Gut Microbiome?


Is Fecal Microbiota Transplantation (FMT) Dependent on the Immune System?

FMT was performed in mice from patients with advanced pancreatic cancer, long-term survivors, and healthy controls. Five weeks after the fecal transplantation, it was observed that the mice which received FMT from advanced cancer patients had much larger tumors than those which received FMT from long-term survivors (70% smaller tumor size) or healthy controls (50% smaller tumor size).

Immunological studies revealed that the mice which received FMT from long-term survivors had higher levels of activated CD8+ T-cells compared to the other two groups. The mice that received FMT from patients with advanced pancreatic cancer had higher levels of regulatory T-cells (Tregs) and myeloid-derived suppressor cells (MDSC), both of which are capable of suppressing the immune response.

McAllister concluded:"Results of the FMT experiments represent a significant therapeutic opportunity to improve pancreatic cancer treatment by altering the tumor immune microenvironment." She added: "There is promise here but we have a lot of work ahead."

New Way to Starve Pancreatic Tumors Uncovered
A novel therapeutic strategy that can block 'self-eating' in pancreatic tumors and as well as cut off tumor's other energy sources found.
READ MORE 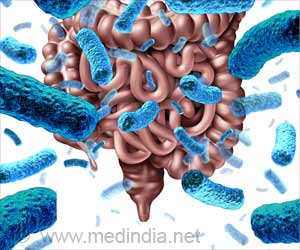 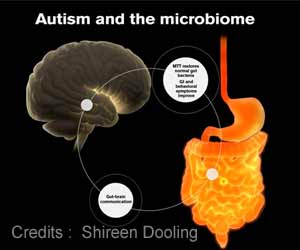