Written by Madhumathi Palaniappan, B.Pharm
Article Reviewed by The Medindia Medical Review Team on November 17, 2016 at 12:45 AM
Health In Focus

A new form of rapidly deployable hydrogel that can hold inside a blood vessel to prevent uncontrolled bleeding was developed by bioengineers from Brigham and Women's Hospital.

The new injectable material known as the Shear-thinning biomaterial (STB) contains gelatin and nanoparticles. It is found to maintain its shape inside the blood vessel to prevent bleeding.
Novel Shear-Thinning Biomaterial Shows New Hope to Prevent Bleeding

Research Study on the Shear-thinning Biomaterial


A research team led by Ali Khademhosseini Ph.D., from Brigham and Women's Hospital together along with Rahmi Oklu of Mayo Clinic has developed a deployable hydrogel which has a consistency similar to that of a toothpaste to prevent bleeding.

Scientists carried out various mechanical tests initially inside the lab to monitor if there were any changes in the shape of the shear-thinning biomaterial over time that needs optimization of certain properties before testing it on animal models.

The research team also tested the efficacy of shear-thinning biomaterial in rodent and porcine models since the blood vessels were found to be of similar dimensions like the human blood vessels.

Khademhosseini said, "This work is an example of how bioengineering can help address the challenges that clinicians and patients face."

"Our work thus far has been in the lab, but we are on a translational path to bring this new biomaterial for embolization to the clinic to improve patient care." he added.

The study findings were published in Science Translational Medicine.

Further clinical study on the biomaterial would help to know the safety and efficacy in humans. 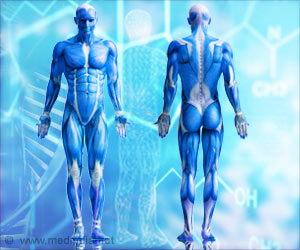 Scientists Develop a Gel That Stops Bleeding With One Treatment
The new stretchable protein based hydrogel acts a sealant and promotes quick healing of wounds. It also stimulates tissue growth.
READ MORE 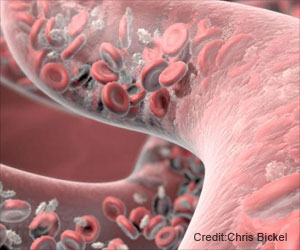 Common Diagnostic Tool to Identify Animals at Risk of Blood Clots
A common diagnostic tool often used to identify patients at risk of bleeding may also be used to identify those predisposed to clot excessively, revealed a study.
READ MORE