A new potential biomarker used to independently detect pathology in Alzheimer's disease (AD) has been revealed in a study. The biomarker is the magnetoencephalography (MEG) localization of a gating generator at a part of the brain called the medial prefrontal cortex (mPFC). The study is published in the journal Human Brain Mapping.
Novel Biomarker Detects Alzheimers Before Onset of Symptoms

Several studies have shown that the pathological changes associated with AD start years before the actual onset of clinical symptoms. This period where the symptoms have not yet surfaced is called the preclinical stage of the disease. By the time that the disease reaches the clinical stage, the neurodegeneration is irreversible. This accounts for the failure to develop successful therapies.


‘Magnetoencephalography, a non-invasive brain imaging technique, used as a biomarker to detect Alzheimers disease even before onset of clinical symptoms. ’


Current state of the art diagnostic techniques has several limitations, including lumbar puncture, time constraints of scanning and exposure to radiation.

Sanja Josef Golubic found the location of the key - it was hidden in the topography of auditory sensory gating network. She uncovered a topological biomarker of preclinical and clinical AD pathology at the individual level that shows a large effect size (0.98) and high accuracy, sensitivity and specificity (100%) in identifying symptomatic AD patients within a research sample.
"In the present study, we demonstrate the use of the localization of neural sources underlying neuromagnetic fields measured outside a head to detect AD even before the onset of symptoms. The healthy controls activated a prefrontal generator in response to both the deviant and repeating tones of an oddball paradigm. To the contrary, the symptomatic AD group was lacking any medial prefrontal gating generator activation to either the deviant or repeating tones. However, we detected a sub-group of controls characterized by the absence of prefrontal gating generator activation for the repeating tone only and significantly lower scores on a mini-mental status exam and delayed visual memory test - Rey-Osterreith Complex Figure Test. It is highly probable that these individuals were captured in a preclinical AD phase since they show both neuropsychological and neurophysiological impairments characteristic of an AD type of dementia, although they did not yet meet clinical criteria for the early phase of symptomatic AD"

Auditory gating out is a process by which one gets habituated to redundant sounds preventing overload of information. Dysfunction of this gating out mechanism or gating generator causes synaptic disturbances contributing to the first symptoms of AD pathology.


The Study and its Findings

MEG is a direct measure of neuronal activity is used as a biomarker to localize the gating generator which is located in the medial prefrontal cortex (mPFC), called the mPFC gating generator.

Using the oddball paradigm, two tones, standard and deviant were played to the participants based on which the MEG localized the activity of the mPFC gating generator.
(1) controls with mPFC generator localized in response to both the standard and deviant tones; (2) a possible preclinical stage of AD participants (a lower functioning group of controls) in which mPFC activation was localized to the deviant tone only; and (3) symptomatic AD in which mPFC activation was not localized to either the deviant or standard tones.
References :
Source: Medindia 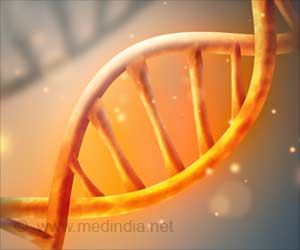