A triage test for tuberculosis (TB) has been developed by a multidisciplinary team of scientists from USA. This is a fast and accurate blood test as opposed to the conventional sputum test, which is cumbersome, time-consuming, and less reliable. This new test is capable of diagnosing active tuberculosis (ATB), which affects over 10 million people worldwide and kills more than a million people annually.

The study findings have been published in Science Translational Medicine, a constituent journal of the Science Group, published by the American Association for the Advancement of Science (AAAS), USA.

Dr. Gillette is a Research Scientist and Senior Group Leader of the Proteomics and Biomarker Discovery Program at the Broad Institute, Cambridge, Massachusetts. He is also an Assistant Professor of Medicine at Harvard Medical School, Boston and a Pulmonary/Critical Care Physician at Massachusetts General Hospital, Boston, Massachusetts, USA.


‘Can TB be detected through a blood test? Yes, a new TB triage test has been developed that is capable of detecting active tuberculosis (ATB). The test is very fast, accurate, and cheap and has the potential to save the lives of many TB patients.’
Read More..


Dr. Donald Ingber, MD, PhD, was the senior advisor and collaborator of the study. Dr. Ingber is the Founding Director of Wyss Institute, Boston. He also holds several joint appointments, such as the Judah Folkman Professor of Vascular Biology at Harvard Medical School, Boston and the Vascular Biology Program at Boston Children's Hospital, as well as Professor of Bioengineering at Harvard's John A. Paulson School of Engineering and Applied Sciences, Cambridge, Massachusetts, USA.

The first author of the paper was Dr. Rushdy Ahmad, PhD, a former Research Scientist at the Broad Institute, Cambridge, Massachusetts. He is currently the President of True North Bio, LLC based in Cedar Park, Texas, USA.


What is meant by 'Triage'?

The term 'triage' means prioritization of the order of treatment of a large number of patients based on the urgency or seriousness of the disease. The new triage test for diagnosis of active tuberculosis (ATB), developed under the leadership of the World Health Organization (WHO), will help patients at the highest risk of acquiring ATB get timely treatment on a priority basis.

The salient features of the test are highlighted below:

How was the TB Triage Test Developed?

The triage test for TB was developed by a large multidisciplinary team of researchers from several institutes in the US. The underlying principle of this triage test involves the detection of a 'signature' set of biomarkers present in blood that helps to diagnose suspected ATB patients.

The levels of 47 different blood proteins were analyzed in around 400 samples from patients in Tanzania and the Philippines, who had been diagnosed with either ATB or a condition 'Other than TB' (OTB) using conventional microbiologic tests. The protein level data was analyzed using an algorithm based on machine learning. This algorithm accurately identified the following four proteins that were consistently elevated in the blood of ATB patients: "Elevated levels of all four of the blood proteins we analyzed have been identified in a range of different diseases, but only when combined into a predictive algorithm do they have the power to distinguish ATB from other conditions," said Walt.

The research team further validated their algorithm by testing its ability to detect ATB in an altogether different set of 317 blood samples from patients in Vietnam, South Africa, and Peru.


Key Findings of the Study

The machine learning-based algorithm predicted the following: The research team developed an ultrasensitive immunoassay using the Simoa® platform to further streamline the triage test, so that it could detect very miniscule levels of the four proteins - IL-6, IL-8, IL-18, and VEGF - even in a single drop of blood. This Simoa® platform-based immunoassay increased the sensitivity to 87 percent and specificity to 69 percent.

"Our test demonstrated 87 percent sensitivity and 69 percent specificity, which are very close to the WHO's minimum requirements of 90 percent sensitivity and 70 percent specificity for an effective TB triage test," said Ahmad. "It also effectively identified the ATB signature in patient samples from three different continents, meaning it can detect many strains of the pathogen, and in both HIV-positive and HIV-negative samples, making it widely applicable to most ATB patients."

It should be noted that the TB triage test didn't predict ATB in 19 blood samples collected from patients with latent TB (LTB), indicating that the test would be highly useful for triaging patients who require urgent medical attention from those who don't require immediate medical intervention.

"Not only is this method one of the fastest and most accurate ATB triage tests available, it is also much more amenable to deployment in low-resource communities than other existing approaches, it works on patients with different strains of TB, and its results are not complicated by HIV infection status," said Gillette. "These qualities give it the potential to be a lifesaver by identifying patients who need a diagnostic TB test right away, which would reduce both deaths from undiagnosed ATB and overuse of antibiotics and expensive diagnostics on non-ATB patients."

The researchers are planning to further refine and improve the TB triage test by incorporating more diagnostic biomarkers and multiplexing the assay procedure so that it would be possible to detect up to ten analytes at the same time.

Ingber concludes: "The approach taken to create this triage test - first identifying multiplexed biomarkers that provide a highly specific signature for a disease and then designing an assay to achieve endpoints that have been established by clinical need - represents a paradigm shift in the way that diagnostic tests are developed, and we hope to see this test and many others emerge from the Wyss Institute's Diagnostic Accelerator in the future succeed where previous attempts have failed."

The research was funded by the University of Melbourne, Australia and a Grand Challenge in Global Health Grant from the Bill & Melinda Gates Foundation, USA.

New Tools and Methods for Tuberculosis Care
A clinical risk score for identifying HIV-positive patients diagnosed with tuberculosis with an increased chance of dying within 2 months has been developed.
READ MORE 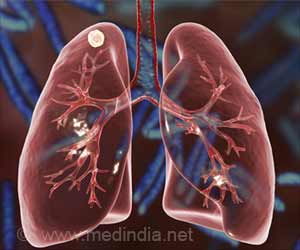 Standard TB Tests may Not Detect Infection in Certain Exposed Individuals, Says Study
A large group of people who appear to have naturally mounted an immune response to tuberculosis (TB) have been discovered by scientists.
READ MORE 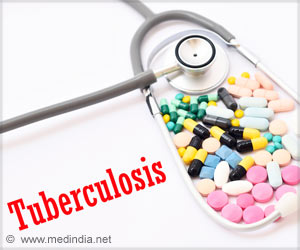 Ending Tuberculosis with Preventive Therapy
One-month course of rifapentine plus isoniazid was equally effective as single agent isoniazid for nine months to prevent tuberculosis infection in high-risk groups such as HIV patients as per a recent randomized trial.
READ MORE